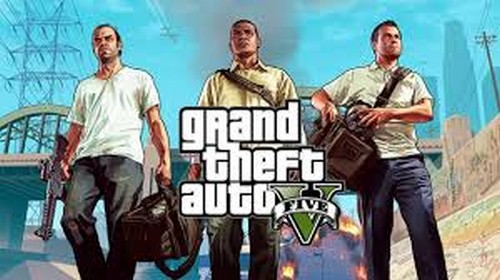 Rockstar have finally unveiled their anticipated gameplay trailer for the upcoming Grand Theft Auto 5. The video game, which has been confirmed to go on sale in September, has been talked about ever since the company announced they were in development stages back in November 2011, and today marked the day we finally got to see what they’ve been working on.

While the graphics haven’t changed too much from Grand Theft Auto 4, there’s much more to explore in the forthcoming game; the narrator explains that the map in GTA 5 is three times as big as the last game, which is much more explorative and detailed – you can now go diving under water and see all kinds of fishes and adventures you weren’t able to before.

On top of this, many cars have been upgraded and redesigned giving players a much more realistic feel to the game, whilst it was also mentioned in the 4 minute clip that there will be three main characters fans get to choose from; Michael, Franklin and Trevor – these three guys all have different storylines and tasks , so when you’ve completed one story for Franklin for example, you can experience a whole new world with Michael or Trevor.In previous GTA games, players weren’t able to access the full maps until they’ve completed certain missions, but Rockstar has taken a new approach and confirmed that this time around, the entire map will be accessible from the minute you start playing the game, stating that the map is so big, people will really get to understand why it has taken them so long to finish this project.

GTA 5 has been delayed on three occasions, having been given a release in April, then in May and now it’s said to be released on September 17th with predicted sales being close to 5 million in its first week. Rockstar is definitely making some big moves with what could be their biggest game ever created; the gameplay looks solid, the new upgrades they’ve included to the weapons and characters is very innovative and will be interesting to see how they are played out.

Overall, our excitement is still growing and we can’t wait to see what Rockstar has in store for us. Just two months to go until we finally get our hands on it — unless they decide to delay it again. Please, don’t.