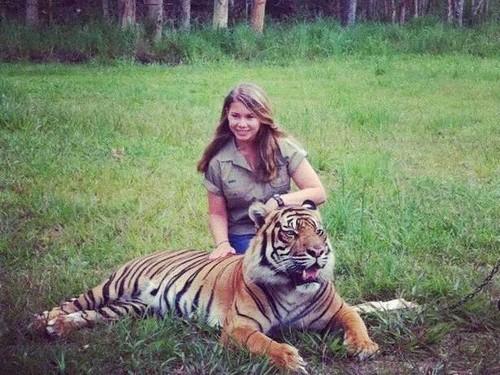 Bindi Irwin is causing some controversy  among several people down under. The Australian personality has come up with a way to stop Earth from overpopulating.  According to the National ENQUIRER, she drafted a paper that states that preteens, who are already unfortunate enough to be living in third world countries,  be implanted with a seven year contraception.

Bindi went on to later say that many girls her age and even younger are getting pregnant without anyway to feed their children and after all “Family planning is so important and I feel bad for those who don’t have access to it.”. Oh that’s nice. Its just what these girls needed. A rich little girl half a continent away telling them to get implanted with birth control for their own good.

I guess no one told Bindi the high volume of sexual violence in third world countries. Women and children are attacked on an almost daily basis which occasionally results in pregnancy.  How about we focus on living conditions first and then move on to lowering unplanned pregnancies.

I’m sorry but frankly as of now half of the world is turning into third world countries and someone throwing out the word implantation gives too many wrong ideas.  Like it’s the beginning of eugenics.

I Can’t Get Pregnant the First Time…Right?

Bindi Irwin Speaks Out About Being An Advocate For Young Girls