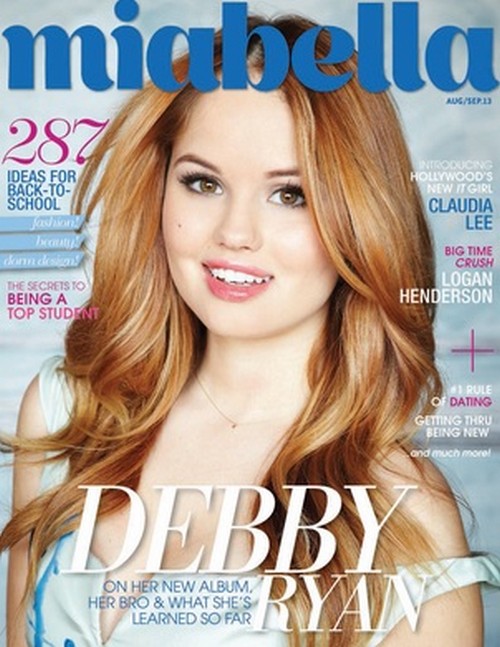 Miabella magazine has dropped their fall edition. They got Debby Ryan, the Disney Channel fan favorite, to be on their cover. As her character on the popular show Jessie’s, Jessie will be helping her kids do their back to school shopping so will the August/September edition do for teenagers across the world.

In it the mag due out at the end of the week, Debbie gave an interview on her life now. The 20 year old talked about her new album she reportedly based majorly on her fears and what she’s learned so far in the business. It seems she’s grateful for the rules she has, even now, for not making her so jaded.

Someone please hand a copy to Justin Bieber. He needs to hear this. This is a good example of growing up in the limelight.  And it hurts that there’s not a lot of support like Debbie had available.  Justin’s parents are too busy recapturing their youth and his reasonable grandmother didn’t tell him not to release photos of himself bare bottom. Meanwhile here’s Debbie breaking into Movie roles with a hit show and a music career that’s just beginning.

It can be done. A child entertainer doesn’t always have to go off the rails.

Why Can’t We be Friends?