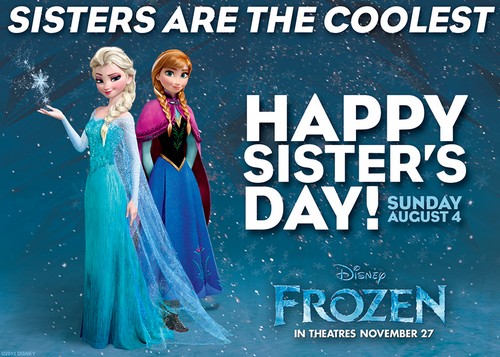 Disney has a new movie called, Frozen coming out November 27th, 2013 about a sisters.  The move is about Anna, who faces an epic journey, encountering Everest-like conditions, mystical trolls and a hilarious snowman named Olaf in a race to find her sister Elsa.  Sounds like something I would do for my sisters!

Kristen Bell plays the voice of Anna, a fearless optimist who teams up with extreme mountain man Kristoff (voice of Jonathan Groff) and his sidekick reindeer Sven to find her sister.  It sounds just like my sort of movie.

This daring comedy-adventure is set to hit the big screen November 27th, 2013,  you don’t want to miss it!