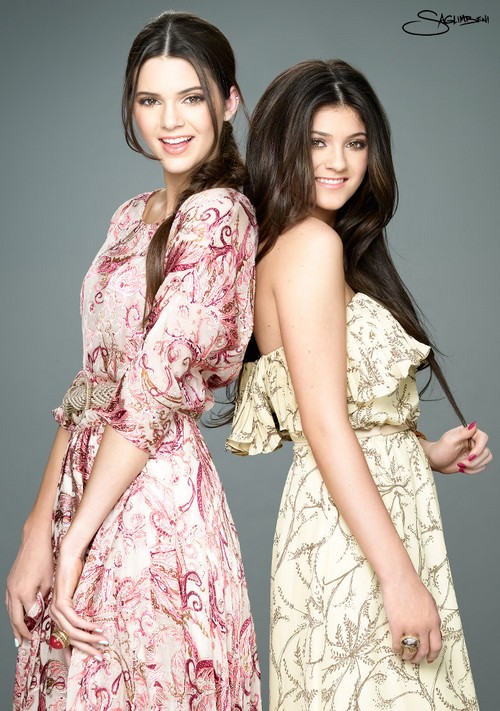 The Kardashian Clan has expanded their empire to the Jenners. That’s right momager Kris Jenner has done it again, but this time with her youngest Kendall and Kylie Jenner. It seems the two have started their own jewelry line.

“We are so excited to announce that we are releasing our first jewelry line this summer! We are partnering up with Glamhouse and creating a collection exclusively for Nordstrom BP called ‘Metal Haven by Kendall and Kylie’!

When you think about that is a pretty sweet deal for a couple of teenagers. But I’m willing to give props where they are due. Kris does make great deals for her daughters. The only trouble she has is with Rob and that’s because its Rob. Otherwise Kris will have her daughters rule the world. Nordtrom isn’t even the first step on the ladder.

Prior to the jewelry line, the girls created a clothing line for PacSun. They just started and yet they appear to be dominating. This is young entrepreneurship. Sitting out on the coach watching cartoons are so passé.

For now the Kardashian/Jenner family gets a lot of hate. Who am I kidding they might always get hate but if there’s confusion over their talent then all anyone has to do look at what they built. It wasn’t done in a day.