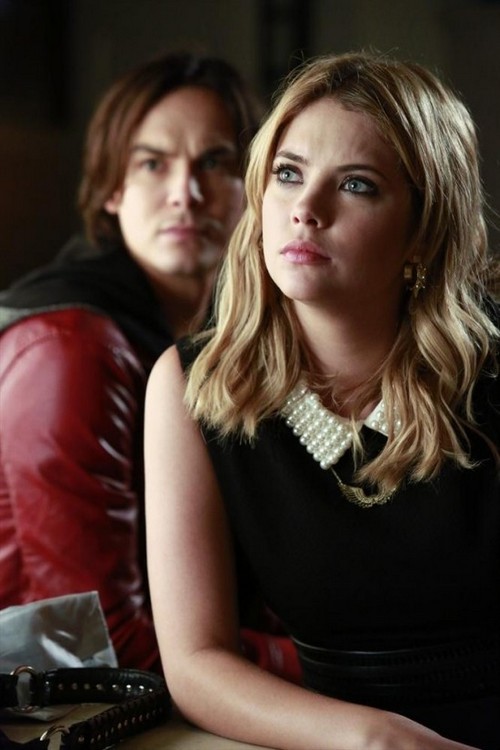 Pretty Little Liars returns to the ABC Family with a whole new episode.  On last week’s episode Emily’s birthday provided an opportunity to confront Jenna.  Paige threw Emily a surprise birthday party with even more surprising guests – Jenna and Shana. But it’s “A’s” actions at the party that led to the biggest shock of all.

Mona’s selfless act provided Hanna and her mother with their first bit of good news, but sends Mona down a familiar path.  Meanwhile, Aria and Jake (Ryan Guzman) continued trying to define their confusing relationship.  Did you watch last week’s season 4 eighth episode? We did and we recapped it here for you.

On tonight’s show Still living at a motel, Emily is taken aback when Mrs. Dilaurentis offers to let her move into Ali’s old room and is even more distraught when the other Liars insist she take Mrs. D up on her offer. Hanna explodes when it appears her mother’s recent good fortune has taken a turn for the worse. And Ezra continues to reel from Maggie’s big news when he’s dealt an even more crushing blow regarding his son.