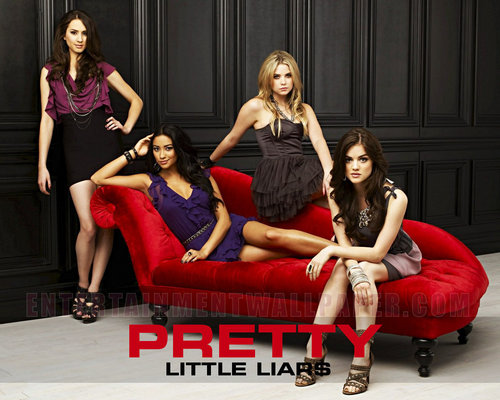 Have you been sulked in the cult classic that is Pretty Little Liars?  Have you spent the last few seasons trying to figure out who wears the black hooded coat or how those supposed texts from A always seem to arrive at the perfect moment if someone isn’t watching every move made by the girls?  Mona recently confessed to killing Wilden but it’s a move that doesn’t necessarily make sense. At the very least her reasons for doing so are less than clear.

Some assume that she is trying to protect Hanna while others believe she wanted to find a way back to Radley for info. Any way you look at it Mona certainly has her own agenda and she has yet to really share it with anyone. According to Janel Parrish, “There’s a lot going on with her. It’s hard to keep track of her —she’s a crafty one! I think the best thing about Mona is that you never know what to expect from her. She has a bunch of layers; she never quite gives all her cards away. So I think that’s what is fun about watching her character.”Fans of Pretty Little Liars have also spent weeks trying to figure out who is wearing that red coat while running around town on the DL. We’ll learn her identity by summers’ end and not just that, but we’ll also finally find out whether or not Ali is still alive. Until now someone has wanted everyone to believe that she is but loyal fants will finally get the truth in episode 12 of season 4.

Are you a PLL’s fan? Who is your favorite? Tell us in the comments below!