Michael Bay’s Transformers 4 Could Be Titled Age Of Extinction 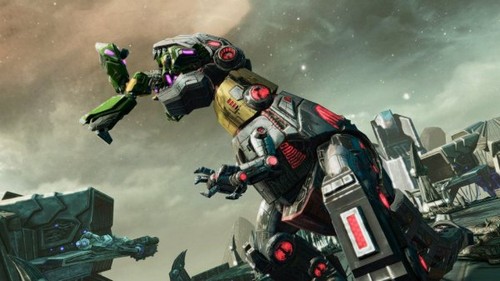 We’ve known for a long time now that there’s going to be another Transformers movie released, though this time it won’t star any of the previous actors. This time they’ve got both Mark Wahlberg and Jack Reynor which gives the fourth installment some hope.

The same brand protection agency who had registered and revealed the third Transformer’s movie title ‘Dark of the Moon’ has gotten some new Transformers titles registered that could be the fourth installment’s name.  So far they’ve got Transformers: Last Stand, Transformers: Apocalypse and Transformers: Future Cast. Sadly all of these names sound incredibly dumb and very uninteresting.  However, all hope is not lost.

It’s been revealed that Hasbro has applied for many trademarks for Transformers: Age of Extinction, now this seems very possible to be the true title to Transformers 4; because there have been rumours that the Dinobots may be introduced in the upcoming movie, what goes best with dinosaurs, extinction of course.

So far the movie seems like it’s going to be great, I’m interested to see how Mark Wahlberg is going to do in this movie, the introduction of the Dinobots and I’m hoping that they stick with the title Transformers: Age of Extinction.  Any of those other titles sound more like a turnoff than anything else and would probably make me avoid seeing the movie.

What are your thoughts on the upcoming Transformers 4 movie? What title would you like to see the movie be given?