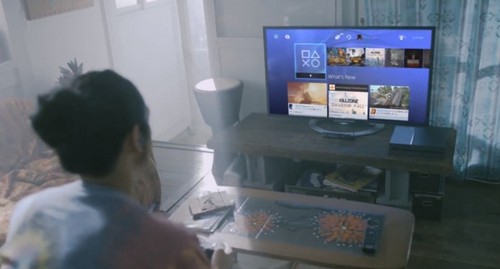 Sony held its Tokyo Game Show presentation in Japan, during the presentation they gave a first look at a couple of games and the official release date for the PlayStation 4 in Japan, though they even gave us a look at Vita TV.

The Vita TV was something I wasn’t expecting and it honestly looks very weird, it’s able to stream movies and TV; but the only difference it has from a normal set-top TV box is that you’re able to plays PS Vita, PSP and PlayStation 1 games on the TV using a PlayStation 3 controller and it will be able to network with the PlayStation 4 when released. It’s a pretty cool idea if someone wants to play PSP, PS Vita on the big screen or if they want to be able to play PlayStation 1 games that they currently own.

I Wonder if Sony is Worried about the PSV