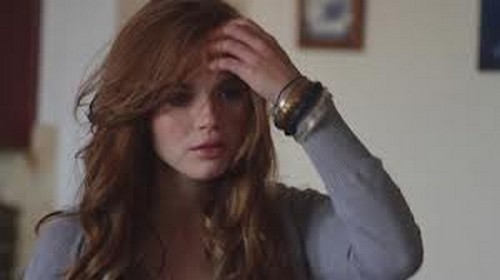 Teen Wolf isn’t back until winter but already they’re making us happy by providing some scoops. Eonline’s is reporting more than one love triangle for the new season. That’s right we all saw Scott, Allison, and Isaac pairing, but it looks like Stiles is finally putting his hat officially in the ring for Lydia. Too bad he’s probably going to have to fight the muscled up Aiden to get to her.

Last Season, Lydia claimed she only wanted to have some fun but then things got pretty serious pretty quickly with half-alpha Aiden. He had come to really like her to the point he wasn’t all “let’s kill all the other werewolves that aren’t alphas”. So you see that takes a lot of commitment to give up such a lifetime goal. Yeah for Lydia!

Not only does she have two wonderful guys willing to do anything for her but finally the focus will be on her for a change. It was all about the wolves or whatever that lizard creature was in Season 2 but now he audience get to learn about banshees.  After Lydia was revealed to be one they kind of left her story hanging. On the new Season we get to hear some backstory and probably hear about what else Lydia can do. Finding dead bodies is neat trick and all but please writers give her some magical tricks up her sleeve!