Divergent’s Shailene Woodley Desperate To Be Famous: Will She Start A Showmance with Theo James 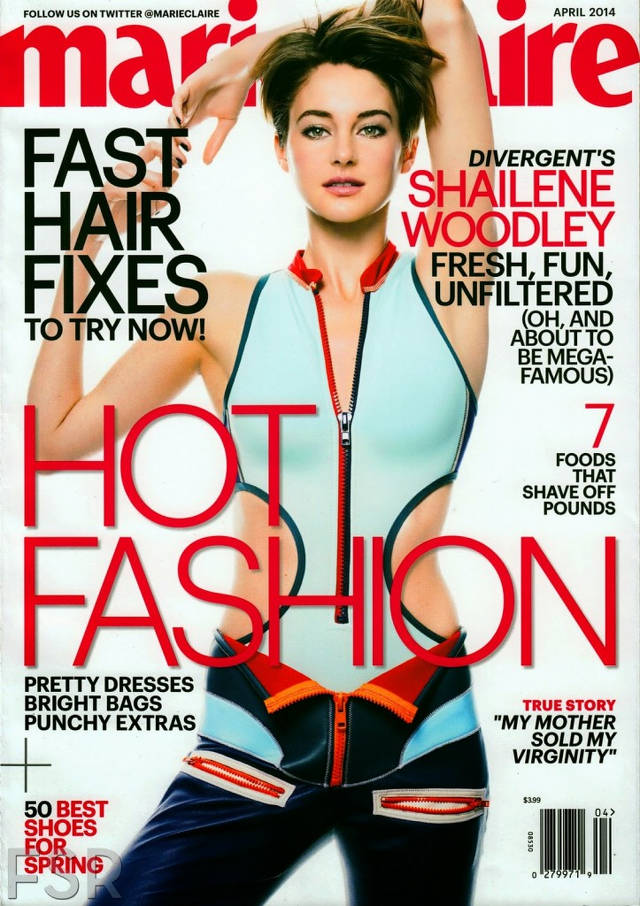 Confession time: Shailene Woodley kind of annoys me. To be clear, I haven’t seen her in too many films. I tried to watch that stupid tv show of hers–Secret Life of An American Teenager, where she gets pregnant in high school, but it was boring. I fastforwarded through four episodes on Netflix, and then got mad because I wasted an hour on it. It was one of the worst shows I’ve ever tried to sit through.

But Shailene bothers me because of that show, yes, but also because of her hippie-Mother Earth talk. I agree with her that we should recycle, take care of what we have, and so on–but her phrasings just bother me. She sounds (to me) like she’s trying to sound smart and use big words. But then again, I can’t be picky. Either we get a new ‘starlet’ who talks about her boobs or her boyfriends, or we get one that talks about Mother Earth all the time. I would pick Mother Earth talk EVERY SINGLE TIME.

Shailene sat down with Marie Claire back in April, to promote her new film ‘Divergent’ (which looks like a piece of crap). To promote said film she starts talking about her body, more specifically the insecurities she had during high school. Which, I’m glad that she’s not saying (now) that she’s ugly, she hates this area, etc–because shut it. You’re a celebrity. People don’t like to hear celebrities complain about anything. She comes off as a little (a lot) annoying in this one. Again, I like that she’s saying that she doesn’t hate any parts of her body (at least to the interviewer), but she’s still annoying.

She says that she hated being skinny–I guess she means maybe be shapeless i.e. not curvy? Or maybe she’s one of those girls who wanted to be tiny? Because I don’t understand how she can hate her ‘long legs’ and ‘thick hair’….I don’t buy the thick hair part. Unless you had hair like Emma Watson in the first Harry Potter movie, then I can’t imagine how having thick hair in high school is such a curse. Sound weird and whiny.

She also talked about her current relationship status and views on monogamy–who wants to bet that the studio will try to set her up with her costar, Theo James, in an Edward-Bella/Rob-Kristen type relationship?

We shall see if she wants to be famous that badly. I don’t buy this Mother Earth, hippie talk 100% from her. If she just wanted to be an actress, a working actress, then she could’ve done smart little films–not a big franchise film like Divergent. Plus she’s been name dropping Jennifer Lawrence (who is like the Angelina Jolie of her age group, when it comes to name dropping–EVERYONE wants to do it) all year. Find a new talking point. One that isn’t farty.