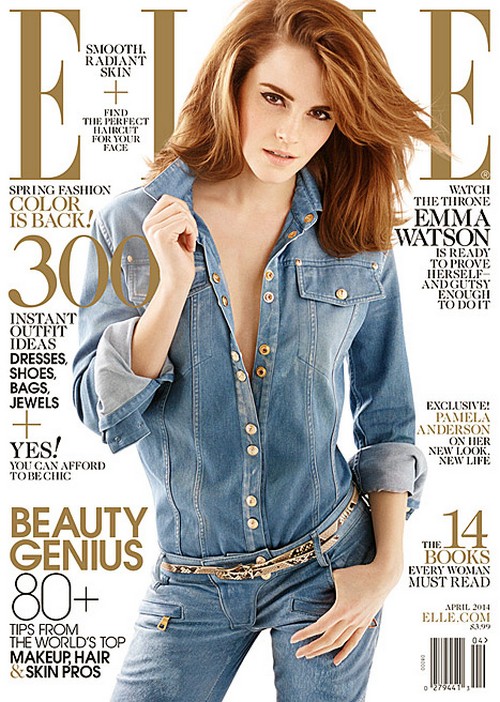 Emma Watson rose to fame as Hermione Granger in the Harry Potter series, but while most would think she would be happy to have already had so much acting experience, she actually wishes she was one of the new kids on the block.

In a recent interview with Elle magazine, the gorgeous actress laments that because she was thrust into the business at such a young age, the world has gotten to watch her grow up. As a result, many still think of her as the young girl from Harry Potter and she gets typecast.  Emma told Elle, “There are all these actresses who have emerged in the last year or two, and they get to emerge as this complete human being. And I’m so jealous!”

Now 23, Emma has a great deal of experience and has been well-respected. So why would she feel threatened by these freshman actresses? Perhaps she feels that because she began acting at the tender age of 8, she’s gone through all her awkward stages in front of the world. Actresses like Jennifer Lawrence are just now emerging and are only seen for the gorgeous women they are. Emma feels that she is still seen as a child.

I think it makes her more relatable, but Hollywood is a fickle place, and typecasting is known to be prevalent. This is why so many young actors and actresses often take a dark path after their glory years on a show or in a movie. They are overlooked for adult roles. Only few emerge from the child actor plague, but we do have hopes for Emma. She’s certainly gifted, beautiful, and smart. Tell us what you think! How would you feel to grow up in front of the cameras since age 8? Does Emma have a point, or is she spoiled and ungrateful?

CTL Tips: How To Make Your Makeup Brushes Last Longer