J.K. Rowling’s Harry Potter Spinoff Movie “Fantastic Beasts and Where to Find Them” Will Be A Trilogy 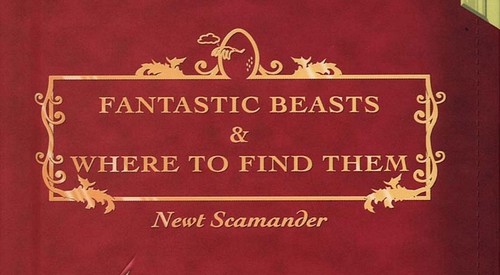 In great news released, J.K. Rowling‘s Harry Potter spinoff movie “Fantastic Beasts and Where to Find Them” will be a trilogy.  Mr. Tsujihara CEO of Warner Brothers confirmed in a profile released by Warner’s Brothers, “Three megamovies are planned. The main character will be a “magizoologist” named Newt Scamander. The stories, neither prequels or sequels, will start in New York about seven decades before the arrival of Mr. Potter and his pals.”

Last September it was announced that J.K. Rowling had agreed to adapt for the big screen her “Fantastic Beasts and Where to Find Them,” a 2001 book billed as one of Harry Potter’s Hogwarts textbooks.

Recently when Emma Watson who played Hermoine in Harry Potter was  questioned by fans whether she would appear in the spinoff she said, “I would definitely be up for a cameo!.”  Don’t get excited HP fans, she would not be able to appear as her character in Harry Potter because the new series will predate the books.

Is Selena Gomez’s New Gold Ring An Engagement Ring – Will She Elope With Justin Bieber?