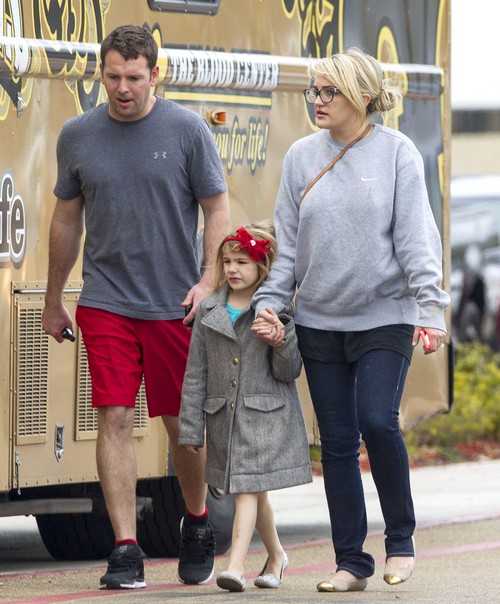 Congratulations, Mazel Tov, and many more to Jamie Lynn Spears – she is officially a married woman. The actress/ singer and boyfriend James Watson were married last Friday in what’s being called an intimate setting with only family and close friends included. Although I personally don’t know how 150 guests can still be considered “intimate”; that’s what their calling it. Fox News reported – “Spears, 22, and the groom, Jamie Watson, 31, arrived a couple of hours earlier for a quick rehearsal. The intimate wedding which began at 7 was a family affair. Jamie’s daughter, Maddie, 5 whose father is Casey Aldridge led the bridal party as the flower girl. She was closely followed by Britneys’ sons Sean, 8 and Jayden, 7. They were both wearing black tuxedos and white bowties.”

Hmm… that many kids plus a five tier cake. Yeah I don’t really have to spell it out but I will say that a certain star of the show were seen conking out around 10. Tsk… tsk… some people just can’t handle their sugar intake!

Though Britney’s sons were able to stand up a little more longer than their cousin. But that could do with their mom. Among the other attendees for the ceremony there was of course big sister, Britney Spears. She allegedly took time off from her Las Vegas show to arrive the day before with boyfriend David Lucado. And I don’t know about you, but that sounds like a big step to me. The boyfriend part not the gig. Why was David allowed to attend such a “small” gathering? Is he part of the family already?

One Spears wedding wasn’t enough and I’m greedy to want another! Preferably in the next couple of months but then again that’s just me.