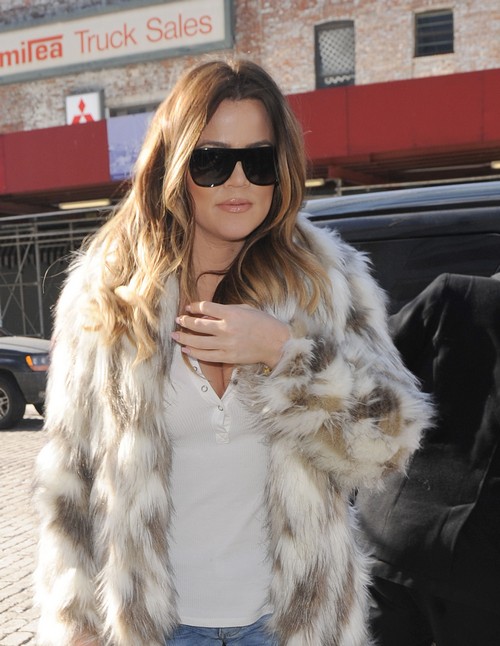 While Khloe Kardashian was a superb investigator when it came to tracking down her estranged husband Lamar Odom, the same cannot be said for the $250 thousand dollars in jewelry that was stolen right from under her nose.

Khloe recently discovered the missing treasures as she was cleaning the last few items out of the home she once shared with Odom, preparing it for new owners Kaley Cuoco and her new hubby. Surprisingly, despite the fact that Khloe has shared that Lamar was selling their items to support his drug habit in the recent past, she is confident it was not him who stole the goods. Good luck proving that to the insurance company….especially after you share that you left your empty home vacant for over one month with over $250,000 of jewelry inside.

While Khloe claims the jewelry just went missing and could not have been taken by Lamar, who is currently in Spain, the truth is, she doesn’t know for certain when it was taken. She knows deep down that it could have been taken by Lamar or perhaps someone he owed money to. Based on the fact that there was no forced entry, police believe it was an inside job.

Even if Lamar is in the clear, Khloe was extremely foolish to leave so much jewelry in an empty home where contractors were working, and real estate agents were showing the property. If an agent left a door unlocked, anyone could have gotten in.

Khloe is furious. Felling violated, she is set to find the thief and make him or her pay. Khloe has said she wants fingerprints from the scene and lie detector tests given to anyone who had access to the home in recent months. These sound like great ideas for any good sleuth, though we cannot help but envision this plan blowing up in her face if it is determined that the thief was none other than Lamar. A man with a crack addition is certainly not above pilfering jewelry that has been lying around, perhaps even feeling like it was his to sell.

Tell us what you think. Is Khloe blind not to consider Lamar a suspect?