Pretty Little Liars Fans Are Over The “A Game” Games – Is Mrs. DiLaurentis Really “A” Or Another Of The Writers’ Lies 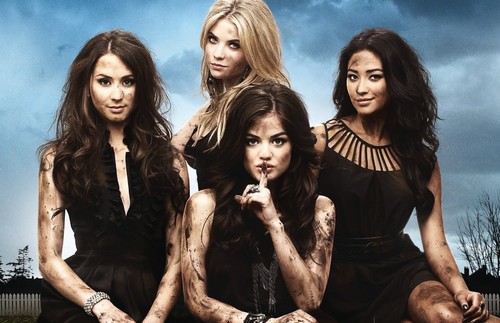 Pretty Little Liars fans have spent the last four seasons on the edge of their seats, waiting to learn who “A” is.  In the Season 2 finale we learned Mona Vanderwaal was the “A” that had been tormenting the liars, and then immediately following the big reveal we learned that there was a “Head A” and Mona was just the low man on the totem pole.  So, we spent Season 3 thinking Toby was “A” only to learn at the last second that he was just spying on “A.”  Back to square one, we tuned in for Season 4 of Pretty Little Liars, and then our minds were officially blown when it was revealed that Ezra Fitz, Aria’s boyfriend, was “A.”  Now, Ezra is no longer “A,” but Alison’s Mom Jessica DiLaurentis is “A.”

When are these “A” games going to end?  We all love Pretty Little Liars, but the show is clearly losing its luster.  PLL fans have been waiting four years to find out who “A” is, and every time we thing the culprit has been revealed, we learn it was just another carefully placed false alarm from Marlene King and her writing team.

So, is Mrs. DiLaurentis really “A,” or is this another red herring, or false alarm from the PLL writers?  Honestly, I really hope Alison’s Mom is “A,” for the simple fact that I am ready to move on to another storyline.  The truth is, the Jessica Dilaurentis “A” twist, is most likely just that…a twist.  Pretty Little Liars has already been renewed for a 5th season, set to premiere in June of 2014.  Seeing as how there is another full season of Pretty Little Liars currently being filmed, then the odds of Mrs. DiLaurentis being “Head A” are slim to none.  The writers are obviously going to drag the “A” mystery out for another full season, if it turns out Mrs. DiLaurentis is “A,” then what will Season 5 of Pretty Little Liars be about?

Are you tired of the “A” storyline being dragged out on Pretty Little Liars?  Do you think Alison’s Mom is really “A,” or is this another false alarm form the PLL writers?  Share your thoughts and theories in the comment section below.