Selena Gomez Instagrams With Baby Sister–Deflection From Her Relationship With Bieber? 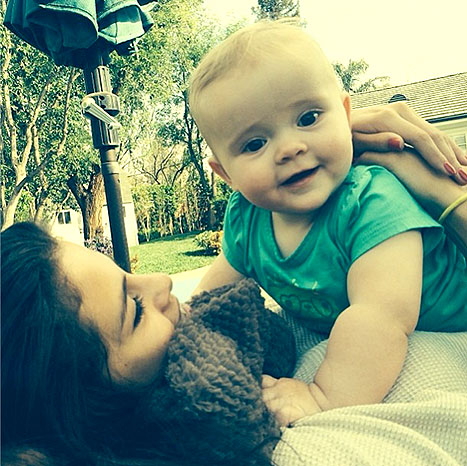 Selena Gomez recently shared a picture of herself and her nine month old baby sister, Gracie via Instagram. Her little sister is adorable–I love her chubby arms. She’s so cute.

But I can’t help but think that the picture is to take focus off of the fact that she’s still doing whatever it is that she’s doing with Justin Bieber. I’m cynical like that. Because that doesn’t look cute or make her look like she’s an amazing girlfriend at all. She’s not standing by someone who has real problems, like a hard, can’t stop drug addiction, or is going through a family crisis, and that’s why he’s getting into all this trouble (finally).

She looks like a girl chasing after a dumbass who’s finally getting some comeuppance for his crimes, and THAT probably doesn’t sit well with the parents who actually buy tickets to her (now canceled) tour. It’s probably also clear that she canceled her tour, at least in part, because of Bieber’s dumbass. Which, seriously Selena–there are PLENTY of fish in the sea, who will act like adults, and treat you a whole lot better than Baby Bieber.