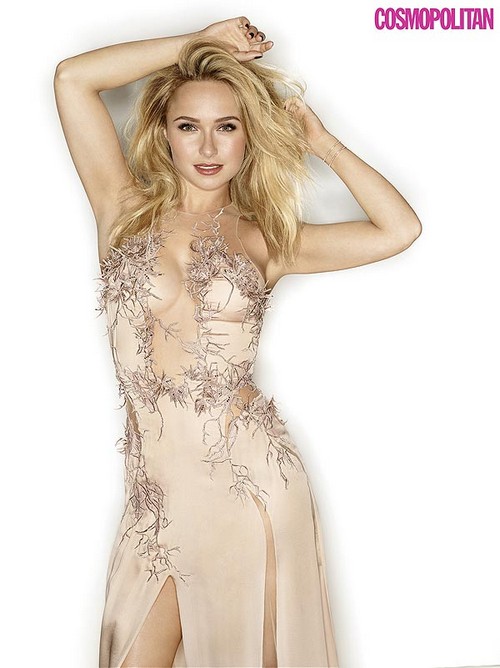 Hayden Panettiere, lately of Nashville fame recently revealed in an interview for Cosmopolitan that she wasn’t even told that there was going to be a reboot of the hit tv show, Heroes,until her cousin texted her. Here’s what she said:

“It was a shock to me,” the Nashville star says, adding that she found out about the reboot through the grapevine. “In fact, I believe I became privy to that through my cousin. She sent me a text message and told me about it.”

She goes on to say this:

“I mean, we had nothing, nothing to do with it,” she says of the reboot. “It will definitely be interesting to see how they reinvent that.”

When asked to speculate over what Claire has been up to, Panettiere responds with a simple “Who knows?” She explains, “It’s a little bit of an interesting feeling because you go, ‘That was our show, our home, our family,’ something that we had a major part in creating,” adding that it would hurt if the reboot were to bring back its original characters.“I mean, I hope that they don’t have somebody else playing our characters,” she quips, adding, “that would be a little dagger in the heart. But, you never know. I wish them success in it, for sure.”

Well, that was sort of a classy way to talk about it–she didn’t burn any bridges with her comments, I don’t think. But she made sure that people knew that she didn’t know about the reboot (which is why I said it was ‘sort of classy’), which, if it was me, I would err on the side of graciousness.

Because what does her not even being told about the reboot tell us about her? That someone powerful enough in the show (whether that be actor, producer, director, etc) didn’t like her enough to bring back her character, even though she was supposedly the standout castmember, and didn’t like her enough as a person to tell her agent that they would be rebooting the show (to prepare her for an appropriate response).

I’ve been hearing that Hayden is a little snooty so and so, and thought that she was better/ more famous than the rest of the cast (which, the show had Zachary Quinto–I fully admit to only watch American Horror Story because he’s hot and was in the show). I don’t know too much about her, so I wouldn’t be surprised either way–especially with the way the producers treated her. Either they’re all a-holes (I mean, not ONE person could’ve had their secretary’s secretary call her agent and say ‘hey, we’re doing a reboot, and not including Hayden’s character. Peace out.’????), or SHE’S the a-hole.

But I kind of cut her a little slack (not really, I don’t care enough about her to even do that), because she’s engaged to that hot boxer–Wladimir Kitschko. I only watch her interviews when she’s talking about him. Yes, I am that person who watches movies/tv shows, sometimes because of the hotness of the actor. I fully admit to watching The Shield simply because I find Walton Goggins hot as Boyd in Justified.