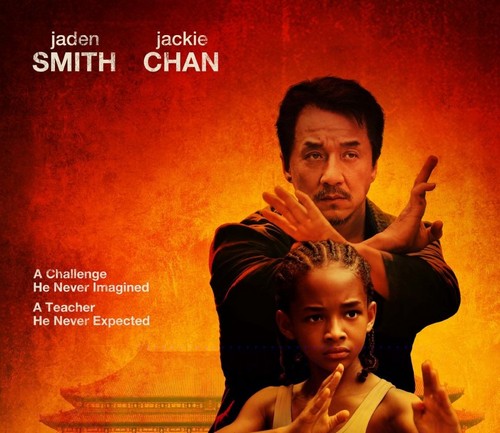 Remaking iconic Hollywood movies is often met with skepticism from fans, there is always a chance that the remake could turn out to be a mockery of the original and an embarrassment to the franchise.  When Sony Pictures remade the 1984 movie Karate Kid in 2010, it was no exception, fans of the Karate Kid worried that is may turn out to be a flop. The 2010 remake starring Jackie Chan and Jaden Smith (the son of Will Smith) actually turned out to be the opposite of a flop, the film grossed $343 Million at the box office.

The first weekend of Karate Kid’s debut in theaters it became clear that Sony had a hit on their hands, and they announced there would be a Karate Kid 2.  After the hype of Karate Kid died down in 2010, the idea of Karate Kid 2 seemed to die down as well, frankly we had all forgotten about it.

Today, it was announced that the sequel is a go, and Jackie Chan and Jaden Smith are both preparing to begin filming Karate Kid 2.  Harald Zwart directed the 2010 remake, and according to Deadline he is being replaced by director Breck Eisner, who is well known for his work on the horror movie The Crazies.

Will you be heading to the movie theaters to watch Karate Kid 2 when it is released?  Or, do you believe it was one of those classic movies that shouldn’t have been tinkered with and remade after the fact?  Let us know what you think the comment section below.

DIY: Banana Body Scrub: Get Your Body Ready For Summer