Teen Mom 2 Not Getting Cancelled, Renewed For Season 6 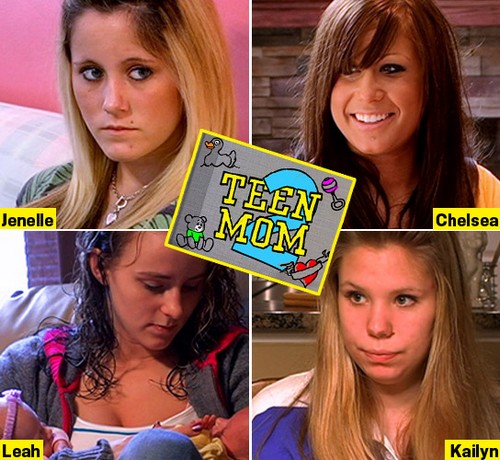 Are there people out there who still need their fix of teenage mothers acting like irresponsible divas and creating unrealistic drama on television? Well, then we have good news for you. Teen Mom 2 has been renewed for yet another season.

Initially, news broke in March that Teen Mom would be getting cancelled after Season 5, but it looks like MTV brass got together and decided that the ratings were strong enough to order a Season 6 – and that’s exactly what they did. A source explains, “Producers saw that ratings were so high. And now there’s a whole new crop of drama: Jenelle’s pregnant, and Leah and Jeremy are talking divorce. It would be foolish to stop filming now.”

We’ll just have to face the fact that Jenelle Evans, Leah Calvert, Kailyn Lowry, and Chelsea Houska are not going to disappear into oblivion as quickly as we’d like them to. And that’s not all – there are rumors abounding that MTV is also thinking of kicking off a ‘Teen Dad’ show, which would air in conjunction with Teen Mom. Fantastic. More quality programming – just what the teenagers in today’s world needed.

I know MTV claims the ratings for this show are good, but who actually watches this show? And even though the MTV brass had wanted to end the show on ‘high ratings’, these days, nothing with strong ratings ever gets cancelled, even if the show’s gone way past its expiration date.

What do you guys think of Teen Mom 2’s renewal? Will you be watching Season 6, or skipping it? Let us know your thoughts in the comments below.