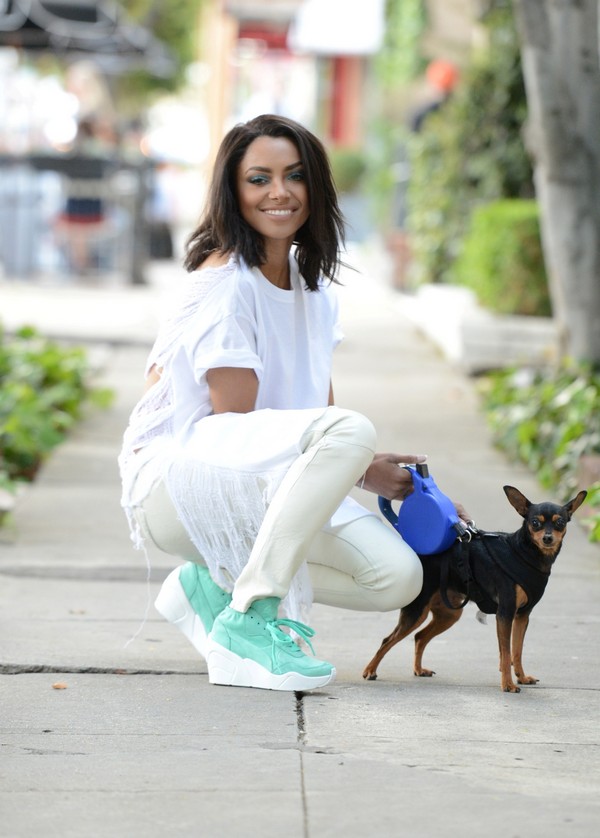 The Vampire Diaries’ star Kat Graham and her adorable pooch Izzy for a walk in her mint green PUMA wedge sneakers on April 1, 2014 in LA.

Kat plays witch, Bonnie Bennett on the popular television show The Vampire Diaries.  Not only is Kat on television but she is also a musician.  She released her debut EP Against the Wall with single video “Put Your Graffiti On Me” receiving over a million views on YouTube.

Kate also recently released a new docu-series Breaking the Record, which details the journey of releasing and promoting her new album.  In a statement about the series she released the following statement:

“I am driven to connect with my fans and this partnership with Maker allows me to do this on an entirely new level. My new series Breaking the Record will be documenting everything while giving fans the inside scoop otherwise never seen. There will be great times and harder times, all captured for the ever-expanding Maker audience. This is a very special project to me, and I couldn’t have found a better home and family for it.”

Check it out below and enjoy the photos of Kat! 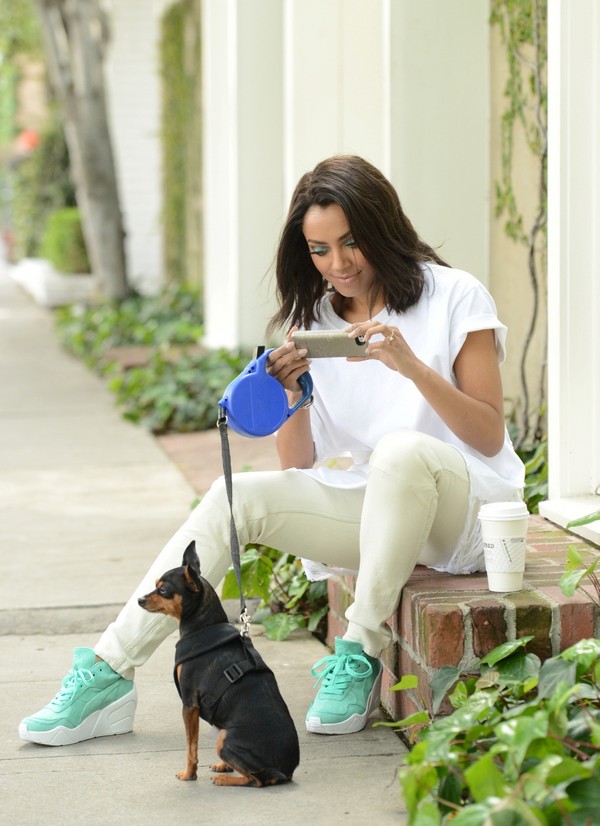 ‘The Originals’ Season 4 Spoilers: TVD Characters To Join Cast After…