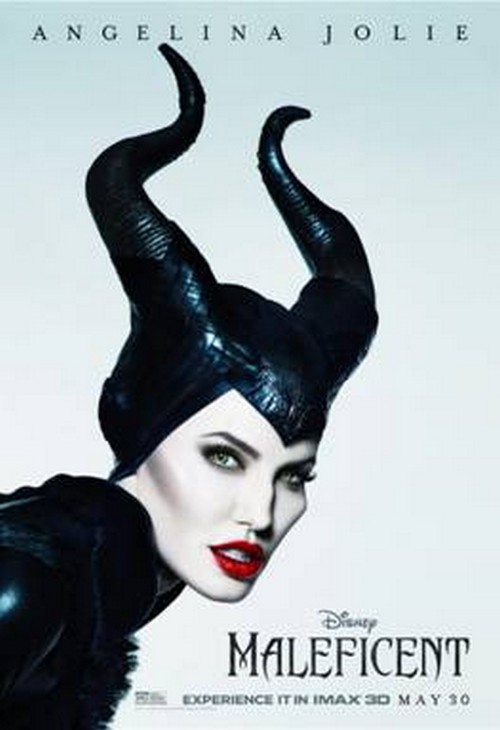 …and cheekbones. The chiseled face of one of the most iconic Disney villains has been brought to life by one of the film’s producers, Angelina Jolie.

The ‘Sleeping Beauty’ baddie breathes new life into Maleficent’s thinly veiled contempt for the kingdom. The tale is over 400 years old, but this reboot will explore a new facet. All the live-action centers around the vexed villain. The details of her decent into evil are still a guarded secret, but we have learned that Maleficent had wings…once upon a time.

She was betrayed and slid into a deep desire for revenge leaving her blinded by her desire to protect the moors. Aurora, played by Elle Fanning, becomes the source for her plan. The tale is over 400 years old, but this reboot will explore a new facet.

An array of aptitude drives the film, Oscar winners are both on screen and behind the camera. Robert Stromberg, you might recognize his name from ‘Avatar,’ directs the adventure. Fellow Academy Award winner Dean Semler also joins the ranks of talent.

In the clip, we see a near play-by-play of Disney’s animated film. The three “good” pixies are right there to bestow their gifts upon the infant, but Malefient party-crashes and curses the tot. Luckily, Knotgrass, Flittle and Thistle help hide Aurora until she is 16 years old.

The dialogue is practically word-for-word. It’s iconic and pays proper respect with a nod to beloved animated version. However, there are some changes to keep things fresh. Note that Maleficent’s raven, her nearly constant companion, isn’t all he seems to be!

The film opens on May 30th and it is rated PG.