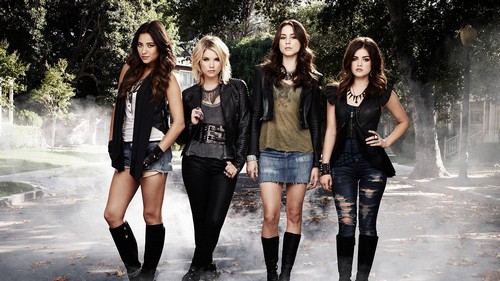 One of the big problems with watching television shows is that we’re almost always left with massive cliffhangers on the eve of a season finale – and that’s exactly what happened on Pretty Little Liars. The season 4 finale contained plenty of major twists and shocks, but one of the biggest teases was the little secret that Melissa whispered into Mr. Hasting’s ear – the one that the audience conveniently wasn’t able to hear.

Obviously, there are already tons of theories on what exactly Melissa would be whispering to her father, and why the creators of the show didn’t want the audience to hear it just yet. However, one of the writers has already taken to Twitter to assure fans that we will find out in the truth in Season 5. So at least we’ll be finding out in the near future, unlike so many other plot threads that the show teased and then subsequently dropped without another mention.

Plus, Melissa and her father have so many secrets already that this is really just another drop in the bucket. By this point, they’ve single-handedly managed to rack up half of the secrets in Rosewood, they’re well on their way becoming the show’s most secretive duo. And that’s saying a LOT, when you consider what kind of things the citizens of this sleepy little town are constantly hiding.

What’s more interesting is that the show also teased this particular secret as being tied to who really murdered the girl in Ali’s grave – and that’s not even counting the shock reveal of Mrs. DiLaurentis’ murder in the season finale. Is it possible that Melissa knows who committed the murder, or perhaps she’s trying to cover up for someone? Either way, we can rest assured that we know we’ll be finding out one way or another during the next season.