Bindi Irwin Speaks Out About Being An Advocate For Young Girls 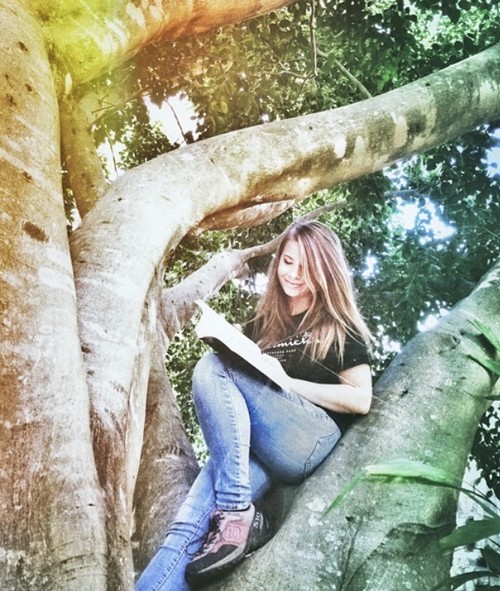 I don’t know much about Bindi Irwin; I vaguely remember the media circus that occurred when her father died, being that I was only a few years older than Bindi when Steve Irwin died. I remember seeing bits of news of her here and there, over the years, but I never really paid much attention to it because I wasn’t really old enough to be a huge fan of Steve Irwin. I knew who he was, and that was about it. Well, now she’s sixteen and speaking to the media.

“I’m a big advocate for young girls dressing their age. I mean, for me, I look around at a lot of young girls that are my age and they’re always trying to dress older. Whether it’s wearing revealing clothes or hardly wearing any clothes at all, I feel really bad for them. It kind of has the opposite effect in some ways … it kind of does the opposite where it makes you look younger and like you’re trying too hard.”

How is it that a sixteen year old girl can reasonably articulate the reason why some teenage girls try to dress in revealing/more mature clothes without calling them tramps (or any other connotation of the word). She seems to be very mature and thoughtful for her age–her mother (and father) seemed to have raised her very, very well. I like that she isn’t pointing fingers at anyone, but is just saying that she understands why.

I think that, especially in the media, there is very little regard for the ‘whys’ of when a young person starts behaving and/or dressing in a much older manner. There is just pointing fingers and trash talking these young women (and men), instead of trying to figure out and correct the real issues that perpetrate this kind of behavior, or if there are any issues at all.

Breaking Up Hurts: 5 Tips for Getting Over Your Broken Heart