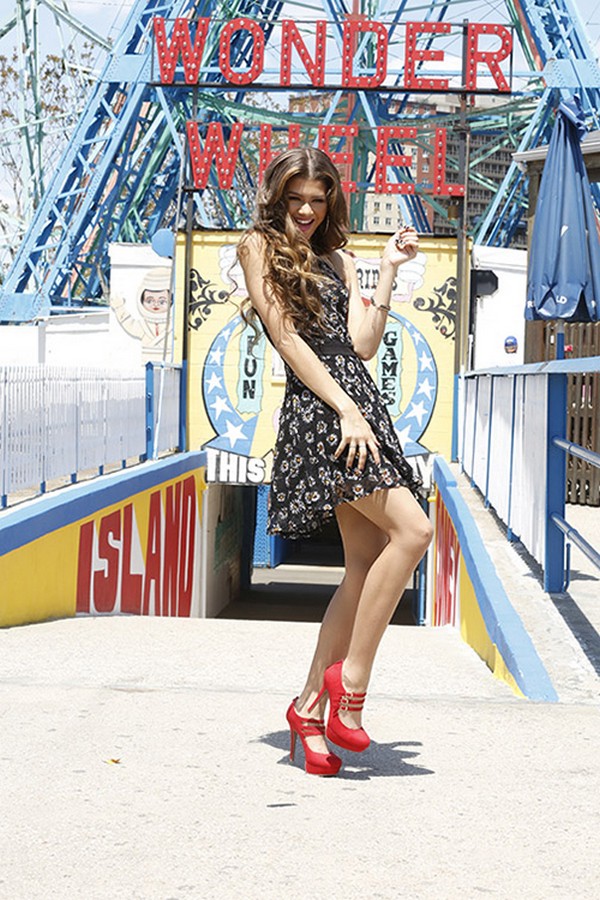 Disney teen actress, singer and dancer Zendaya Coleman who is known as Zendaya was named was named the 2014 face of Material Girl brand by Madonna and her daughter Lola.  The multi-media marketing campaign entitled, “Boardwalk Babe” will debut in August issues of fashion and lifestyle magazines, as well as online, outdoor, in-store and in Macy’s marketing collateral.

The photo shoot for Material Girl line was done at the Coney Island boardwalk in Brooklyn and Zendaya had the amusement park all to herself.  The shoot was photographed in front of the iconic Wonder Wheel, at the park’s sweet shop, ticket booth and in front of the water gun game. She also made a pit stop at the famous Nathan’s hot dog stand and enjoyed snacking on a boardwalk staple, funnel cake.