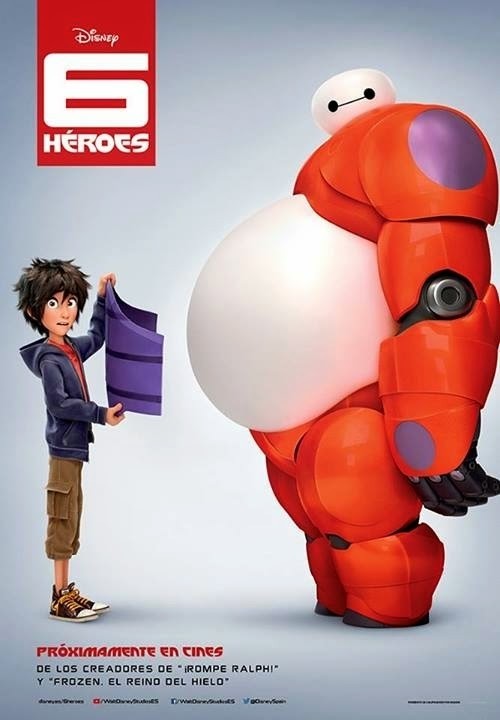 Disney is mixing things up by throwing in a bit of comic book kitsch into their offerings. We are all pumped to see more of the Cinderella reboot, but the 54th feature film from Walt Disney Animation Studios will be Marvel-ous.

Ok, lame pun aside, Disney is taking a Marvel comic and breathing new life into the saga. Steven T. Seagle and Duncan Rouleau launched the comic in 1998. Disney has owned Marvel’s seemingly endless list of characters since 2009, but is just now releasing an animated feature film using one of the many sagas. It will also be the first time a Japanese main character will headline a Disney cartoon.

Some changes have been made. So, if you happen to be a purist, keep an open mind. It was set in Tokyo, but the Disney team concocted a fictional mash-up of Tokyo and San Francisco – San Fransokyo. The new location allowed filmmakers so freedom to create their own world that gives them more creative freedom.

With all the heart and humor audiences expect from Walt Disney Animation Studios, “Big Hero 6” is an action-packed comedy-adventure about robotics prodigy Hiro Hamada, who’s catapulted into the midst of a dangerous plot and must transform his closest companion—a robot named Baymax—and a diverse group of friends into a band of high-tech heroes.

Josh Hutcherson, Freddie Highmore, Samuel L. Jackson, T.J. Miller, Maya Rudolph and Jamie Chung are a few of the stars lending their voices to the quirky characters. This isn’t Hutcherson’s first foray into animated films. He provided the voice for Nod in ‘Epic.’

The film is due in theaters on November 7, 2014 and will also be available in 3D.

Teen Dating: How to Say No without Hurting Feelings