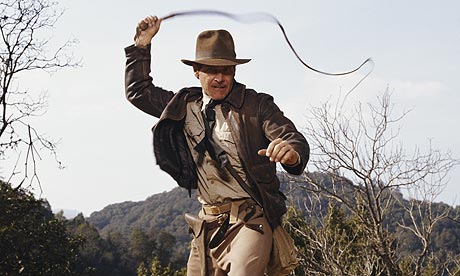 Ever since Disney and Paramount reached a deal last year to breathe life back into the Indiana Jones franchise there had  been wide speculation that Robert Pattinson was being courted to play young Indy in the next incarnation. It has been all but confirmed that Pattinson isn’t going anywhere near another franchise and is gunning for more serious roles to help vary his resume. One name in contention for a young Indy is Liam Hemsworth and the more the critics seem to think about it, the better they like the idea.

Liam already has a handle on working within a franchise thanks to the bang up job that he has done in The Hunger Games. He also has broad appeal and knows how to play the Hollywood game. You never hear much negative about him from insiders which matters a lot when you could be looking at a series of films in rapid succession. Liam also seems to have the rugged charm that it’s going to take to pull off the iconic character of Indy!

What are your thoughts on the casting for this reboot? Disney is ready to go full speed ahead so who do you guys think should be swinging off the side of cliffs this time around?  Should it be Liam or someone completely different like Bradley Cooper or Jensen Ackles? Or are you kind of hoping that Rob changes his mind and decides that investing ion another franchise isn’t such a bad idea after all? Tell us your thoughts in the comments below!

The Fault in Our Stars Crushes At the Box Office

Teen Dating: How to Say No without Hurting Feelings