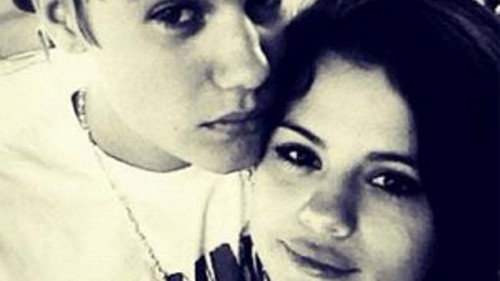 How many times have we written off Selena Gomez and Justin Bieber as a couple only to have them turn up together again?  She recently took a trip to Nepal to clear her head and to find some mental healing. That sounded like she was in the process of making some changes, right?  Of course everyone figured it was an indication that Selena and Biebs were finished, again. Instead they have proven themselves to be very much together.

According to The Hoa source Selena and Justin were spotted at a very popular bible study last night! The seemingly on again couple was spotted hand-in-hand with their body guard, blending in as best they could with everyone else in attendance. Supposedly Justin is making yet another attempt at changing in order to hold on to his relationship with Selena. He has been working out and is hoping to leave his partying image behind him. Convincing Selena might be harder than it once was because she is used to Justin’s lies and broken promises. It’ll likely take some big gestures to convince Selena that Justin is serious.

Do you think that going to bible study together was a genuine first step? Or is this a PR savvy couple that knows they need to save the way that the public perceives them if their careers are to continue? Was this bible study a ploy to change our opinion or was it another step towards spiritual healing for Selena- one that Justin joined her for?  Tell us your thoughts in the comments below!

How To Start A Babysitting Business