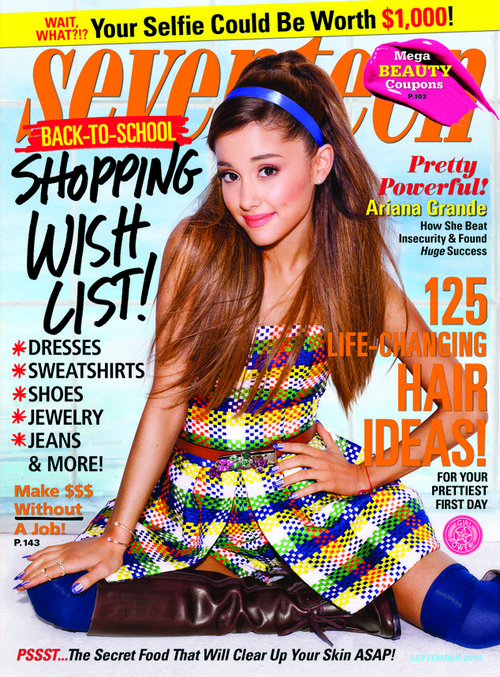 Ariana Grande‘s career has simply exploded this summer. Her hit song, Problem has shot to the top of the charts, turning her into a household name rather than just another random former teen star. Ariana also finds herself on the cover of the August issue of Seventeen Magazine and the timing really couldn’t be better. You would think that Ariana would be completely on top of the world but in this interview she actually gets real with the readers and admits that everything isn’t as perfect as her career would insinuate.

Ariana is a normal young woman dealing with a complicated personal life, just like so many other people. In the interview she discusses her relationship with her father and how they have been on the outs for over a year now. She also talks about learning not to be crushed by the opinions of others and how she learned to calm down and rather than overreacting to everything she approaches problems with a mellow attitude. Ariana also discussed her sick grandfather in the interview and fans know that he died about a week ago. Ariana later said that she was glad to discuss him with Seventeen and while it’s sad to read back now there is a lot that readers can learn from his insights even now.

Are you glad that Ariana decided to be honest about some of the difficulties in her life in this interview rather than just pretending that everything is fabulous?  Is she one of your favorite young Hollywood stars this summer? Tell us your thoughts in the comments below!