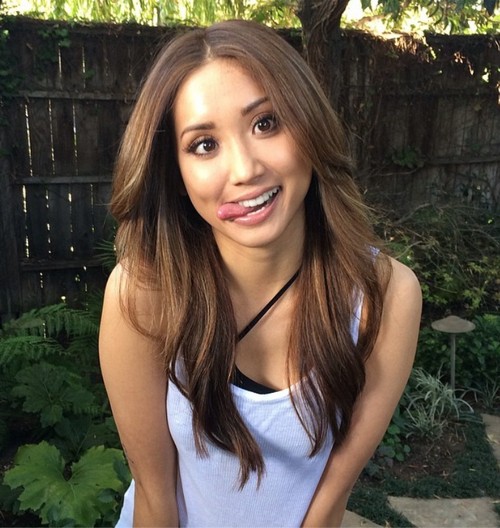 Not all that long ago Brenda Song was a hit on The Disney Channel’s The Suite Life and after a few years she opted to leave the house of mouse for more grown up roles in Hollywood. It was a daunting task but in recent seasons Song has turned up on Scandal, New Girl and she also had a role in The Social Network. Brenda grew up before our eyes alongside the likes of Miley Cyrus, Selena Gomez, Demi Lovato and The Jonas Brothers but the one thing that set her apart was the need to avoid trouble.

Even way back in 2005 Song talked about being at parties surrounded by 15-year old’s that were drinking and smoking. At the time song was 17 and thought that it was gross to want to party like a 30 year old. Instead of hitting up every bash that she was invited to Song chose to attend only industry events and to keep a low profile. She has managed to avoid the trouble and pitfalls that seem to ensnare most of the child-stars that pop up on Disney Channel or Nickelodeon and her career has thrived because of it.

Song also likes to give back. She has hosted a few charity fashion shows and participates in projects with the YMCA. She also works to encourage teens to excel in mathematics. In other words, Brenda Song really has set a great job in spite of growing up on television before our eyes. She proves that not every child actor has to end up on a reckless path and that if you focus on your goals then you really can achieve them. Did you used to watch Song on The Suite Life?  Do you miss the Disney Channel shows from a few years ago? Tell us your thoughts in the comments below!

Uses for Honey in your Beauty Routine