Taylor Swift Claims Her High School Pictures Were ‘Tragic’, Hints At Being Unpopular 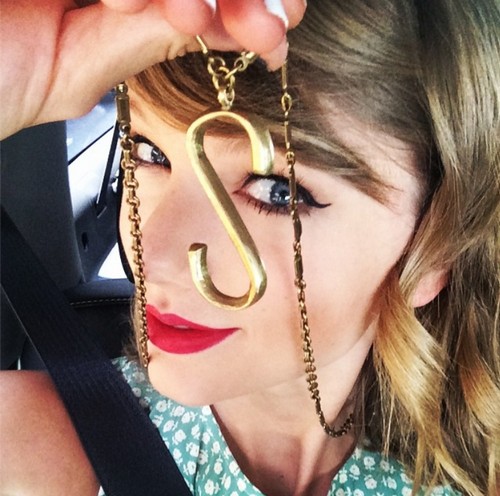 Apparently, there was a time in our universe where Taylor Swift wasn’t pretty or popular. Or at least, that’s what Taylor claims.

In a new interview with Teen Vogue, Taylor reveals that she wasn’t always this put together. She claims, “My high school pictures are, like…tragic. My style forever was going to be cornrows. I took my school picture with the cornrows… It really thrust me into what it’s like to not have anywhere to sit in the cafeteria.”

Well, she IS talking to Teen Vogue so it makes sense that she would pander to teen viewers, all of whom feel alienated at one point or another. Plus, Taylor did spend most of her pre-teen years struggling to become successful, so she might not have had the confidence that she does now. Even then, it’s hard to believe that Taylor wouldn’t have anywhere to sit in the cafeteria, even if she had cornrows on her head.

Anyway, Taylor’s since come into her own as a fashion icon, although she tends to play it safe more often than not. We can always count on Taylor to wear something sparkly and/or short during an awards ceremony, and to top off her look with a bright red lipstick. In fact, she’s gotten so predictable that it’s almost boring, and honestly, I’d actually love to see her bring back the cornrows. At least it would make a change from the same clothes, the same hair, and the same makeup each and every time Taylor steps out in public.