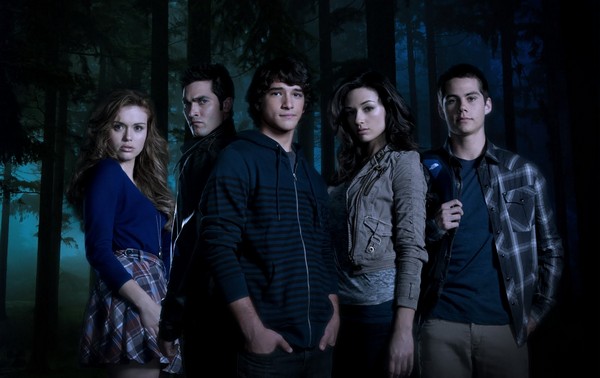 Get psyched, Teen Wolf fans! Your favorite show just got a super-sized fifth season, with the 20-episode order being split into two separate 10-season sessions.

The producers and network, MTV, revealed the news during the Teen Wolf panel during Comic-Con on Thursday. Obviously, Comic-Con is one of the places that most of the die-hard fans of the show unite every year, and it made sense to make this kind of announcement there. The screams that were heard after the announcement were reportedly deafening.

In addition to the exciting news about Season 5, fans were also given an early sneak peak at the mid-season 4 trailer. A lot’s happened on the show so far, but from the looks of that trailer, it’s nothing compared to what’s coming next. Character deaths, character reunions, character romances – all of that, plus more.

Teen Wolf has also benefited from the rising popularity of its leading men, Dylan O’Brien and Tyler Posey. Dylan, especially, has risen to the top of the A-list pack of young stars after landing The Maze Runner, which is set to be the next in the YA craze, following The Hunger Games and Divergent. Since the fan base for those books/movies and the fan base for Teen Wolf tends to overlap, Dylan’s become a huge fit with teenage girls – as evidenced by the screaming lot at Comic-Con.

Teen Wolf’s Season 4 is still airing on Mondays at 10/9c on MTV, and the fifth season is tentatively scheduled for next year.

Will you guys be watching Season 5? Are you excited by the bigger season? Let us know your thoughts in the comments below.

Taylor Swift Claims Her High School Pictures Were ‘Tragic’, Hints At Being Unpopular