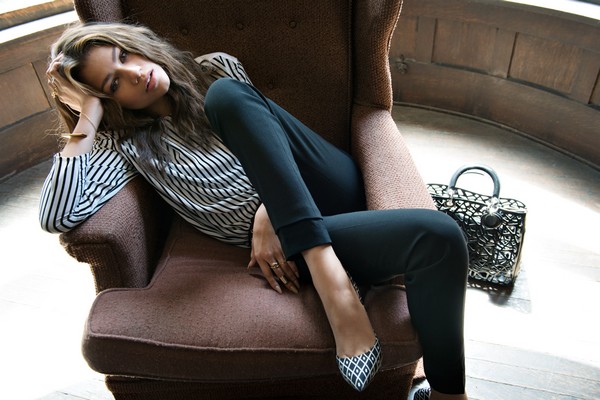 Disney channel star, author, and platinum-selling singer Zendaya was interview for Flaunt Magazine.  Zendaya  was was just named the new face of Madonna’s Material Girl clothing line and is taking the entertainment world by storm.   Below are a few highlights of what Zenday said in the interview:

What she is most excited to share with her fans in her new album: I think mostly just the fact that it’s very personal. I love every song and I definitely feel it’s 100% my style. I wouldn’t do anything if I didn’t think it was 100% me as an artist.

A song in the album that is personal to her: Not many of them are too emotional. They’re not like heart-wrenching ballads. I wanted to keep it pretty light, but one of the songs I really like is “Heaven Lost an Angel.” It has an old-school vibe. Originally the song was meant for a guy. I helped them rewrite it for a girl. It’s a big, long pick-up line. I think it’s cool that it’s reverse roles. It’s the girl trying to use all these corny pick-up lines on the guy.

To read more of the interview, head over to Flaunt Magazine, right here.