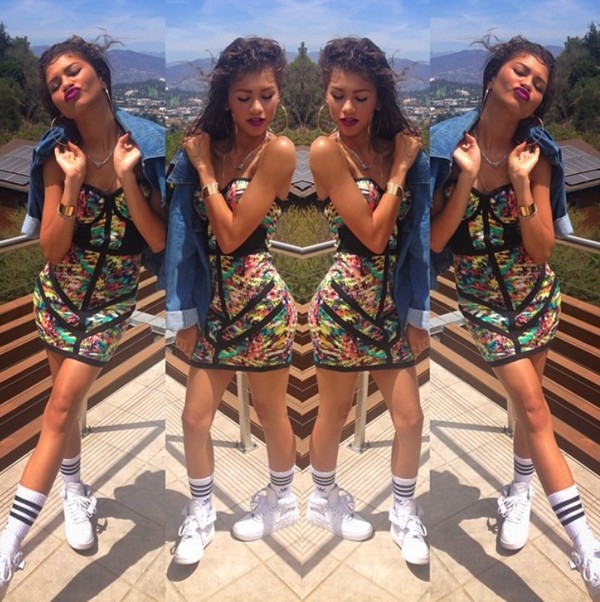 Zendaya recently signed on, and then backed out of a Lifetime production about the life of the R&B singer, Aaliyah. She recently went on her instagram page to talk about why she backed out of the movie–which was pretty much a hot mess to begin with. Aaliyah’s family doesn’t approve of the movie, there were criticisms that Zendaya wasn’t ‘black’ enough to play Aaliyah, and so forth.

Basically Zendaya says that the production values of the film was complete crap, there was issues with the music rights, and so she decided to back out–especially since Aaliyah’s family would not speak with her about the role at all.

I get the sense that she really felt like the role was, eventually, going to be a hot mess. It’s Lifetime. Their movies are generally crap, especially the newer ones. And the movie was going to be full of controversy that wasn’t going to help her career at all. At best, it would have no effect.

But I do think that the criticisms did get to her–I think she saw the ugly side of being a celebrity. The controversy that it sometimes creates. And she is young, and on a Disney show. She’s used to being….adored. Teen girls screaming her name, telling her how much they love her show. So, I think that it was a reality check for her.

And she handled it perfectly, and maturely.