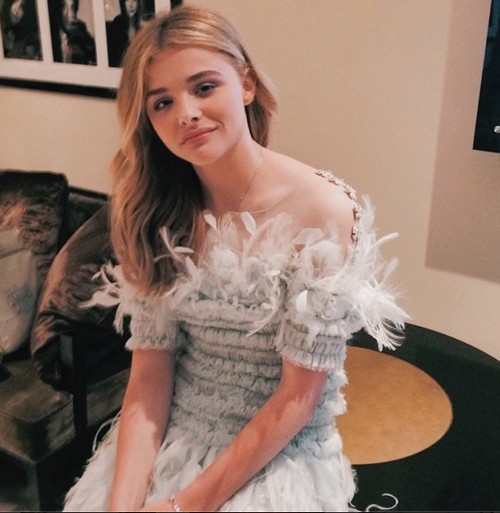 Actress Chloe Grace Moretz, 17, is dating the son of Victoria and David Beckham, Brooklyn, 15. Brooklyn, an aspiring model was introduced to the If I Stay actress by a mutual friend while working out with his famous father in Santa Monica, CA, reports Us Magazine.

The adorable couple has already been on a couple dates, but is taking things slowly to see where it goes.  Both had a crush on one another prior to meeting, so they were both excited to have the chance to begin dating. They even started taking classes together at SoulCycle, where they first met.

While Brooklyn is back at school in London, the two were able to squeeze in a few chaperoned outings before he left including trips to the beach, skateboarding, and a movie date in Santa Monica. Moretz is planning to take Beckham to the premiere of her upcoming film, If I Stay, despite recent comments she made in an interview with Flare magazine downplaying the need for a relationship. Moretz even shared that she’s counseled her friends on not wasting their high school and college years in a relationship, basically to drive the point that they have their entire lives for that. Wonder if her friends are going to have something to say about her not following her own advice!