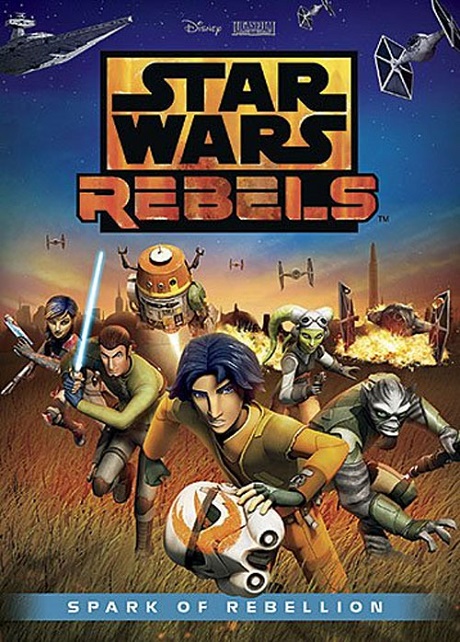 Prior to its premiere on the Disney channel – Star Wars Rebels has already been renewed for its second season. And based off the buzz that’s been surrounding the show in the lead up to tonight I can honestly say the show is absolutely worth our time.

During the early days of the newly formed empire  it had first strove by any means necessary to create an all-powerful grip over the galaxy and, as we know, where there is tyranny, there will always be those considered rebels. And we were only fortunate that we got to meet them and gain a little insight into their personalities on tonight’s episode.

Zeb, Sabine, Hera, the mysterious Kanan and his not quite protégé, Ezra, are deemed outlaws straight from the beginning and are hunted for their actions “against” the empire.

These “Rebels,” if they can really be called that if in truth they’re working against an evil dictator, are people of different background and various strengths. Yet they came together to right some of the wrongs carried out was once the free republic. And though they might win a victory here and there – this story isn’t actually about the good guys winning in the end.

What everyone has to remember after watching both trilogies is that the Empire didn’t completely fall until a certain Luke, Leila, and Hans entered the picture. So in a drastic turn of events, Disney has gone and done something different with the Star Wars Series. Not only are they showing us the fate of these men and women that had attempted to help as many people as they can but our prior knowledge of the series in general had kind of let us in on a big secret. The story about these brave rebels will ultimately be a story about their failure to bring down the empire.

We’re not going to see the Rebels destroy the Death Star and while we simply wait for a pair of twins to grow up to destroy the emperor – How  long can these rebels be expected to fight without losing nothing and no one in the process? GASP!

This show that albeit presented itself as light and fluffy is actually pretty dark when you think long and hard about it. Technically, the show is supposed to be a way for us older fans to introduce the younger generation to Star Wars and, you know what, this has just the right amount of the hopeful and bleak themes that we’ve come to expect from the series.

The one-hour Star Wars Rebels: Spark of Rebellion TV movie is coming on tonight at 9/8c on Disney channel and it will be up to you parents to make sure your kids don’t miss out on joining the Star Wars experience! And don’t forget to stay tuned for more updates and possibly spoilers!