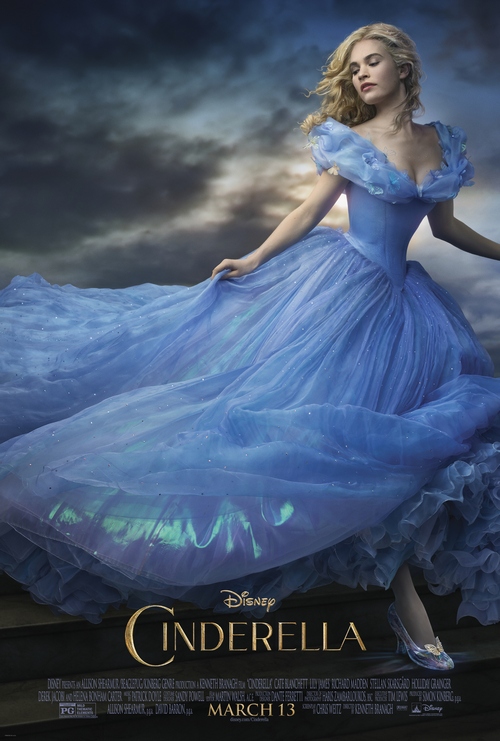 After months of teasing fans, Disney has finally released a full trailer for the reboot of one of their princess classics. Check out the first look at Disney’s new ‘Cinderella’ movie below!

The cast is stunning – Lily James portrays the kind and courageous Cinderella. The wicked stepmother is brought to life by the always stunning Cate Blanchett, with her daughters, Anastasia, Holliday Grainger, and Drisella, Sophie McShera, in tow.

The root of the story remains in tact – when Ella’s father unexpectedly passes away, she finds herself at the mercy of a jealous and cruel new family. Finally relegated to nothing more than a servant girl covered in ashes, and spitefully renamed Cinderella, Ella could easily begin to lose hope. Yet, despite the cruelty inflicted upon her, Ella is determined to honor her mother’s dying words and to “have courage and be kind.”

Enter the charming Kit, Richard Madden who you might recognize from ‘Game of Thrones‘, to sweep her off her feet. Of course, she needs some help from a kindly beggar woman, portrayed by the talented Helena Bonham Carter, who steps forward and, armed with a pumpkin and a few mice, changes Cinderella’s life forever.

The live-action feature inspired by the classic fairy tale, “Cinderella” brings to life the timeless images from Disney’s 1950 animated masterpiece as fully-realized characters in a visually-dazzling spectacle for a whole new generation.

‘Cinderella’ will be released through Walt Disney Studios Motion Pictures on March 13, 2015.