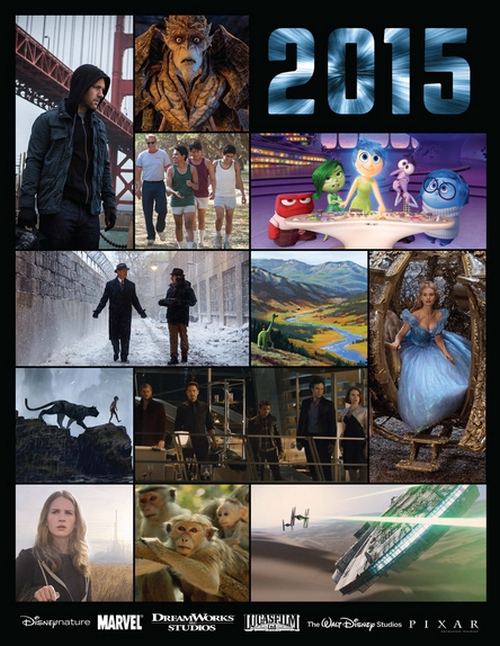 Disney is making the movie theater the place to be next year. Walt Disney Studios Motion Pictures is cranking out twelve, yes 12 – twelve, films due in 2015. That equates to one every month! One of those releases is the highly anticipated Lucas Film creation, in conjunction with Disney, ‘Star Wars: The Force Awakens.’

Here is a look at Disney’s 2015 Movie Release Schedule:

Which one will you be hitting the theaters to see?

‘Inside Out’ Disney and Pixar’s Latest Creation – TRAILER

New Trailer and Poster for Marvel’s ‘ANT-MAN’ – See It HERE!