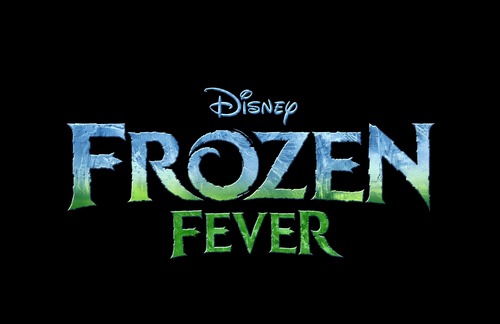 If you are going through “Frozen” withdrawal and can’t wait for the rumored sequel, get excited!

Walt Disney Animation Studios’ all-new short “Frozen Fever,” which welcomes Anna, Elsa, Kristoff and Olaf back to the big screen, will open in theaters on March 13, 2015, in front of Disney’s “Cinderella,” a live-action feature inspired by the classic fairy tale.

In “Frozen Fever,” it’s Anna’s birthday, and Elsa and Kristoff are determined to give her the best celebration ever, but Elsa’s icy powers may put more than just the party at risk.

This short will be seen ahead of the “Cinderella” reboot. The live-action feature, inspired by the classic fairy tale, “Cinderella” brings to life the timeless images from Disney’s 1950 animated masterpiece as fully-realized characters in a visually-dazzling spectacle for a whole new generation. The film stars Cate Blanchett, Lily James, Richard Madden, Stellan Skarsgård, Holliday Grainger, Derek Jacobi and Helena Bonham Carter. Directed by Kenneth Branagh from a screenplay by Chris Weitz, “Cinderella” is produced by Simon Kinberg, Allison Shearmur and David Barron.