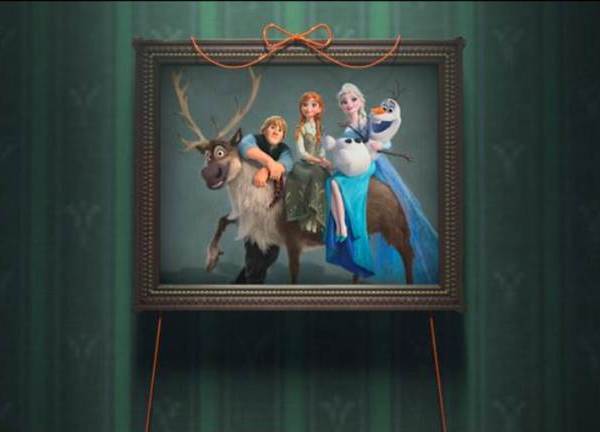 If you still have ‘Let It Go‘ stuck in your head, you’ll be delighted with this Frozen news! ‘Frozen Fever’ has been in the works for months. The ‘Frozen Fever’ first-look images and featurette have finally been released.

Walt Disney Animation Studios’ all-new short ‘Frozen Fever,’ which welcomes Anna, Elsa, Kristoff and Olaf back to the big screen, will open in theaters on March 13th, in front of Disney’s ‘Cinderella,’ a live-action feature inspired by the classic fairy tale.

In “Frozen Fever,” it’s Anna’s birthday and Elsa and Kristoff are determined to give her the best celebration ever, but when Elsa catches a cold, her powers may put more than just the party at risk. The short features the familiar voices of Kristen Bell, Idina Menzel, Jonathan Groff, and Josh Gad.

This highly anticipated short will debut in front of the reboot of Disney’s reboot of the animated version of ‘Cinderella.’ You can find more info, including teasers and images of the revamped tale by clicking here…

Henry Cavill is in it….need I say more? Until then, enjoy these ‘Frozen’ features!

How to Moisturize Dry and Damaged Hair