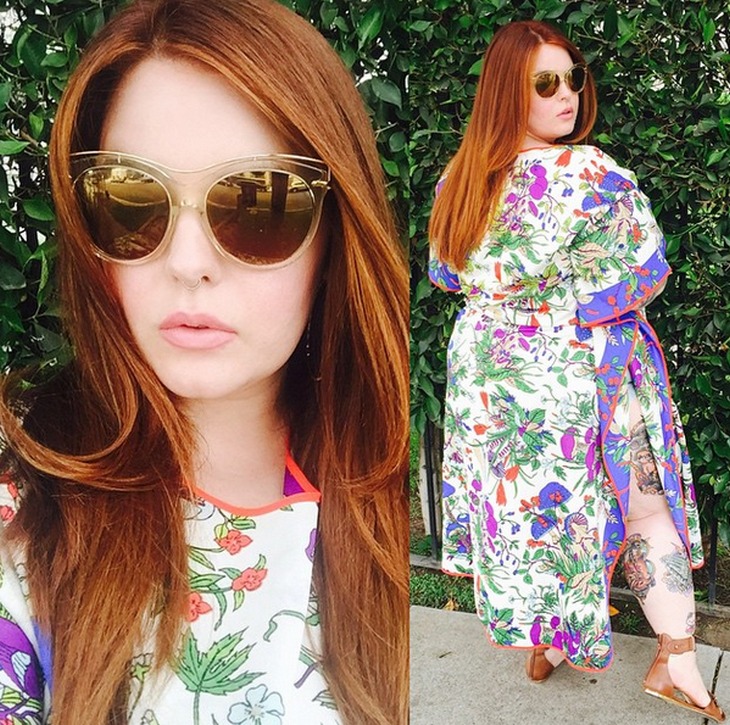 Tess Holliday is among the women who are taking over society’s view of body image. Sickly thin is out and curves are in! Holliday was a bullied girl, just like most of us out there, but now she is a plus-sized model with a positive message for body image and the #effyourbeautystandards campaign.

Tess started dreaming of a world in fashion and modeling when she was just 15. Holliday went on open casting calls and attempted to break into the business. “Nobody was interested,” Tess explained. “I got one call back and they said, ‘Look, you have a pretty face, but you’re too short and you’re too big.'”

Times change and voluptuous bodies are in demand. Tess became the first size 22 model to sign with a major modeling agency. Now, she is in high demand, and landing major campaigns with brands like Benefit Cosmetics and Torrid. “My phone still hasn’t stopped ringing. It’s good, but it’s a lot,” Holliday gushes.

The now 29-year-old is loving every minute of her work. “I just got back from London three weeks ago. I’m going to New York this week, then next week I’m going to Montreal and New York again,” she continued. “Then I go to Seattle, New Orleans and Vegas after that, all for work!”

She truly is an inspiration and she’s taking her message to a new level.

As my modeling career took off, I began to challenge society’s perception of “beauty” and what’s acceptable in our industry and the world. Now I am doing it on a bigger stage – a worldwide stage. It’s something I always dreamed of but never thought would happen when I was growing up in that small town in Mississippi.

Go, TESS! You can catch Tess Holliday on the latest cover of People this week, too!