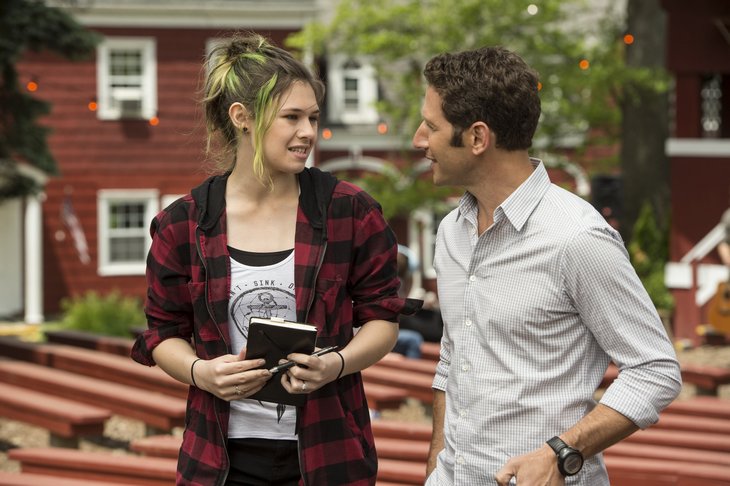 Nicole Maines has been making some waves for change and tolerance. The 17-year-old senior high school student made history in 2014 by winning a landmark transgender rights case in the state of Maine. Now, Nicole guest stars on ‘Royal Pains’ – with a transgender PSA feature that will help raise awareness.

Related: 7 Ways to Talk to Your Teen About Bullying

“The Prince of Nucleotides,” will feature Nicole Maines and air on Tuesday, June 23 at 10/9c on USA Network. Maines will play “Anna,” a teenage choreographer who is transgender, whom Hank, played by Mark Feuerstein, treats and soon discovers that some of the hormones she is taking for her transition may be endangering her health.

Along with Nicole’s role, USA Network has partnered with PFLAG, —the original family and ally organization uniting people who are LGBTQ with families, friends, and allies—to raise awareness of people who are transgender and to provide support and resources to viewers. The partnership includes a special PSA, featuring Mark Feuerstein, which will run during the episode on June 23 and on social media.

Maines gushed about her time on the show saying, “Playing Anna on ROYAL PAINS was an incredible experience and the amount of warmth and encouragement that I received from the cast and crew was so unexpected, but welcome.” Her bravery and goal was welcomed by the cast without question. Nicle revealed, “Everyone’s words were so supportive and kind and they really made me feel part of the cast immediately, and made my very first television acting experience a pleasure –one I will remember forever.”

7 Books Your Teens Should Read This Summer