Disney Characters That Were Inspired by Real People 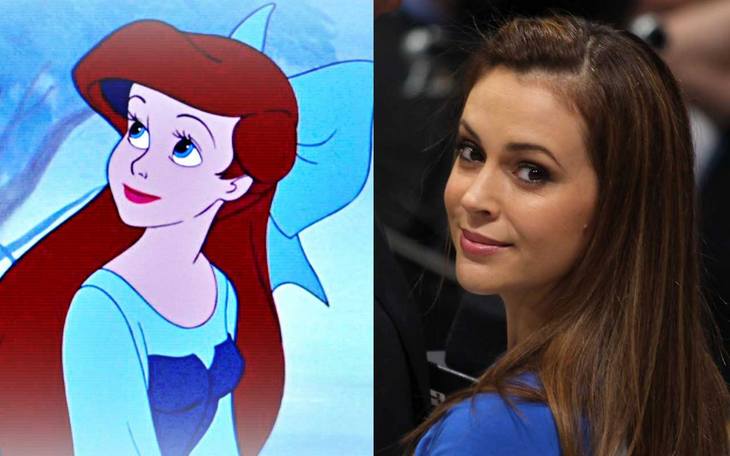 It really doesn’t matter how old you are, Disney has more than likely been a staple in your life at one point or another. Maybe you loved watching Sleeping Beauty as a child or you enjoyed introducing your kids to The Lion King. However, did you know that some of the most beloved Disney characters were actually based on real people?

Ariel from The Little Mermaid

Ariel is a character that a lot of families can relate to. She is your typical teenager who gets upset with her father because he doesn’t understand her. Ariel has a charming personality and an overall cuteness to her that was based on real-life Alyssa Milano. Alyssa was 16 years old at the time and she fit the profile well of a modern teenager. Not only were Alyssa’s looks incorporated into Ariel but a good deal of her personality was too.

The story of Pocahontas has been told different ways throughout the years but Disney’s version is one of the most memorable. Disney’s version takes out a lot of the tragedy and instead focuses on the relationship between her and John Smith. Irene Bedard was cast for this role because she was not only Native American but she had a sensitive side as well, much like Pocahontas. She not only became the inspiration for the Pocahontas character but she did her voice in the movie as well.

Ursula from The Little Mermaid

Ursula is a character in the movie that is just as memorable as Ariel. She is big, bad, rough and tough. Ursula used Ariel’s dreams in a plot to take over the sea from King Triton. The distinct look of Ursula comes from drag singer known as Divine. Divine was hugely popular in the 1970’s and People Magazine named him Drag Queen of the Century. He never got to see his work though since he died a year before the movie was released.

Belle from Beauty and the Beast

Belle is one of the most beautiful characters throughout Disney history. Her inspiration came from Sherri Stoner. Disney even took some little quirks from Stoner, like brushing her hair out of her face, and incorporated them into Belle’s character.

Best U.S. Theme Parks to Check out This Summer

What to do if Your Child is the Victim of Bullying