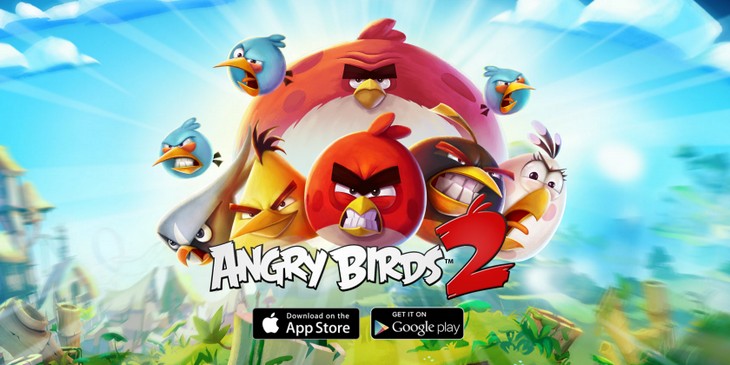 Once upon a time, in a land far, far away, someone created the most influential game in the history of the casual gaming genre. This addictive game, otherwise known as ‘Angry Birds’, became a pop culture phenomenon within months of its release. Players were reduced to fingerless idiots while mumbling incoherent words under their tired breaths. “Bad Piggies… Bad, bad, bad piggies! Die!” We flicked a couple of ‘angry birds’ and felt a sense of pride when they crashed into a wooden/glass/concrete structure, and we laughed like sleep deprived freaks when said structure killed every green animated pig on its way down.

The game received several spin-offs, including Angry Birds Space, Angry Birds Star Wars, Angry Birds Seasons, Angry Birds Rio (a movie tie-in) and the lesser-known Angry Birds Under Pigstruction (the spiritual predecessor to Angry Birds 2). A little over a week ago, Angry Birds 2 appeared on app stores like a soft fart in the wind. Millions of fans flocked (no pun intended) to the stores to get their hands on Rovio’s revamped and much-anticipated Angry Birds sequel.

My fumbling fingers downloaded the game on my iPad, because, you know, massive screen equals more fun. Expecting a smooth installation, I was bitterly disappointed when I realized that the game required an internet connection to ‘download the game data’ (extra data, I presume?). Instead of a seamless integration, Angry Birds 2 stuttered and coughed like a broken Wii-U console at a second-hand pawnshop. The game’s “starting up” screen took a millennium to load. Thinking it might be my internet connection, I changed my iPad’s data setting to 4G. This too failed. After reinstalling the game for the umpteenth time, I finally managed to get past the “internet connection error – retry” screen that kept popping up like a zit on a sad clown.

Eventually, the game signed into Rovio’s servers and booted up like Taylor Lautner. I was ready to play. My hands were itching, my eyes were burning and my jaw was shaking. This was it. This was the moment I’d been waiting for.
Angry Birds 2 disappointed me in more ways than EA Entertainment did back in its new Sim City days. First of all, the game went with the good ol’ “Link to Facebook for more lives” strategy made famous by Candy Crush and every other ‘social’ game known to mankind. The gameplay itself is cluttered, unkempt and unfinished. Flick a bird, tap the screen and- Well, it’s like playing with a dead person’s wig. The “live cut-scenes” are integrated into the clunky interface, e.g. a green pig might fly past the screen to emphasize the ‘virtual reality’. Skipping to the next ‘room’ – yes, they call the stages ‘rooms’ now – is as simple as clicking on the Fast Forward button. However, the game forces you into a ‘player-watching-reality’ role by simulating the clichéd, vintage video tape ‘fast forward’. It wasn’t aesthetically pleasing. In fact, I felt like a five-year-old kid playing on his mom’s old iPad.
And then there were five. Lives.

Yes, dear Celeb Teen Laundry readers, Angry Birds 2 gives you five lives when you start the game. You can purchase more lives with real money, or you can just link to Facebook and ‘ask your friends for help’. Whenever a ‘friend asks for help’ because they’re dying in a virtual game, I politely decline by breaking my Facebook account. Why does one need help to play Angry Birds? I don’t know about you, but I’m completely fine with playing a game on my own, especially Angry Birds. I don’t want your help. I don’t want you to give me extra lives because “those Angry Birds said so”. It’s my game. And it’s my virtual reality.

Angry Birds 2 isn’t a sequel; it’s a cash-in. Rovio wants you to get involved in their social mess of a game just so they can walk away with a pat on the shoulder and a kiss on the cheek at the end of the week. Do not give it to them. Do not sell your soul for an alleged ‘sequel’. You’ll not only be wasting your own time, but also your money, Facebook relationships and the most important of all, your life.

Perhaps they intended to make us all angry at the Angry Birds? Who knows? One thing is for certain: Angry Birds 2 is the biggest failure since Betamax video tapes arrived on our short-lived VHS-shores on that rainy day in 1980-something.

10 Tips for Surviving and Thriving During Freshman Year of College