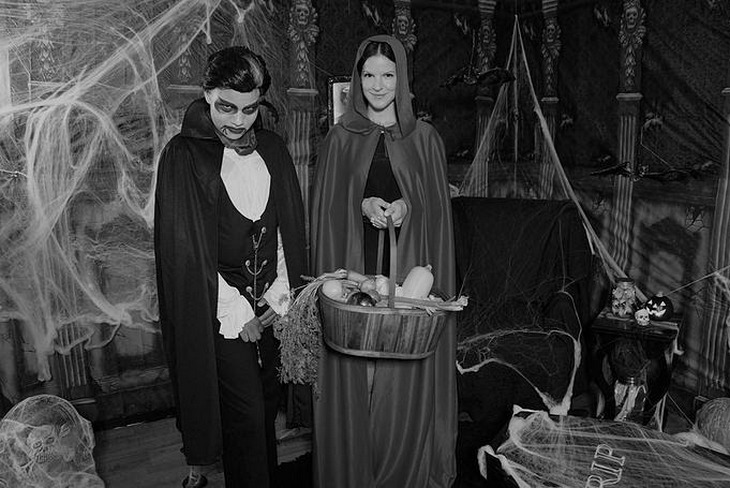 Related: Fox Announces Masterchef Junior Is Coming Back For another Season

Fresh from his appearance alongside Conan O’Brien at the Autism Speaks Celebrity Chef Gala in Santa Monica this October, Chase not only starred as Dracula in the spooktacular, but also helped to write the episode and design the set too.

Chase was diagnosed with autism as a toddler and would eat only a few specific foods. His mom Mary tried everything, but it was his fascination with TV chefs and cooking programs that turned his life around. Together with his mom, Chase began cooking at home and was soon trying all sorts of different foods. It was at this point he decided he wanted his own cooking show and Chase ‘N Yur Face was born.

Related: Fox Announces Masterchef Junior Is Coming Back For another Season

Keen to work with some of his favorite chefs, Chase sent emails inviting them to appear on his cooking show. Soon chefs like Roy Choi, Becky Reams and Greg Daniels, as well as the likes of Anne Scioscia, wife of Angel’s manager Mike, were queuing up to cook alongside Chase. What’s unique about each guest is the story behind their recipe and how food has changed their lives for the better.

Commenting on his latest film, Chase said: “Working with Fuschia was fun as I was able to do comedy acting as well as cooking – two of my favorite things!”

The Most Popular Kids Costumes 2015

The Do’s and Don’ts of Fall Fashion