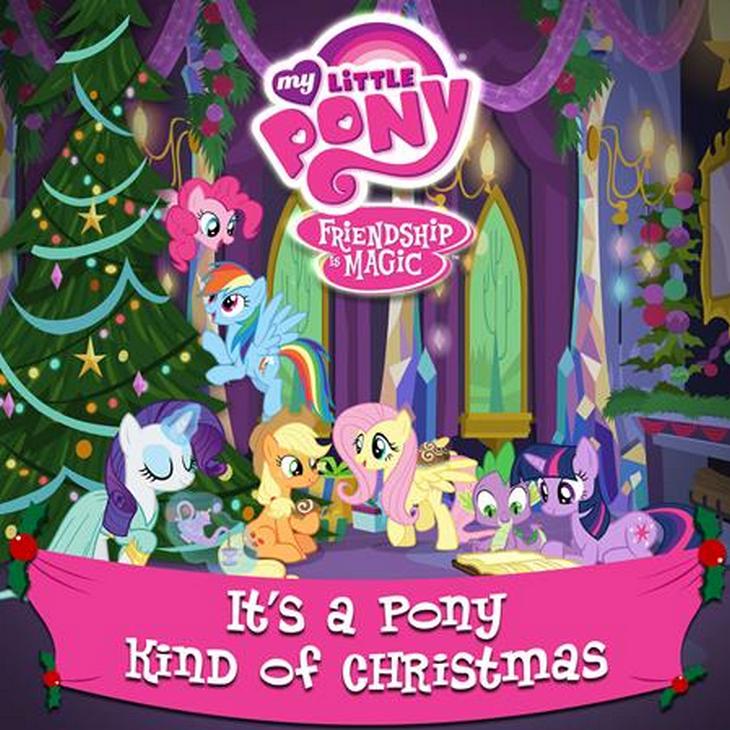 Hasbro Studios, the Los Angeles-based entertainment division of Hasbro, Inc.  and Sony Music/Legacy Recordings will release a My Little Pony Friendship is Magic holiday album, A Pony Kind of Christmas, on Friday, November 6. The holiday themed album features a collection of classic and original carols performed by the cast of My Little Pony Friendship is Magic and the Phoenix Chamber Choir, the 12-time winner of the CBC National Radio Competition for Amateur Choirs and featured performer at the National Conductor’s Symposium and World Symposium on Choral Music.

A Pony Kind of Christmas gifts My Little Pony fans with the chance to celebrate the holidays with their favorite Pony characters. Twilight Sparkle, Pinkie Pie, Pop Fly, Rarity, Spike, Applejack, Applebloom and Granny Smith unite to bring their unique and magical voices together to perform some of the most cherished songs of the holiday season, including “Jingle Bells,” “Silent Night” and a brand new original Pony song – “It’s a Pony Kind of Christmas.” The album is produced by Emmy Award nominated composer and songwriter Daniel Ingram, known for his work on the My Little Pony franchise.

“Fans around the world love the characters and music of My Little Pony, and we are thrilled to bring some of the brand’s magic to the holiday season,” said Stephen Davis, President and Chief Content Officer of Hasbro Studios. “We think kids and parents will be delighted with A Pony Kind of Christmas, which features the ponies singing some of the most iconic carols of the season and a special new Pony holiday song. It’s a great way for fans of all ages to celebrate the holidays.”

“Legacy Recordings is pleased to be celebrating the holidays with Hasbro Studios this year with the release of A Pony Kind of Christmas,” said Adam Block, President, Legacy Recordings. “And we’re confident that through our partnership, this new My Little Pony seasonal album will become a holiday classic for kids of all ages for many Christmases to come.”

Songs from A Pony Kind of Christmas include:

A Pony Kind of Christmas will be available for pre-order on Tuesday, October 27th and for digital download and on-demand streaming on Friday, November 6th, 2015.