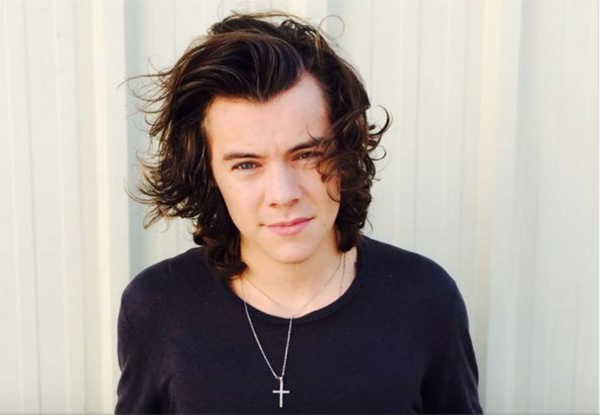 Teen Wolf rumors have been floating around for quite a while now teasing that One Direction singer Harry Styles might be joining the cast of the MTV supernatural drama. Of course, the thought of Harry Styles running around Beacon Hills with fangs definitely made us giddy, but we didn’t get too pumped because after all how many TV shows has he been rumored to be joining?

You Might Also Like —> Dylan O’Brien Leaving MTV Drama? Fans Freak Out Over Rumored Stiles Stilinski Exit In Season 6

Davis explained to the website, “No, they’re not 100% fake. We do want Harry Styles in our show. Like a new British boy… But we’re still in talks with people, directors, agents. So we can’t confirm anything yet.”

Harry Styles seems to have a ton of free time on his hands these days – what with all the boy band drama, and lack of recording he has been doing. And, we think Beacon Hills would be a perfect place for him to hang out until he gets back to the music. We can see it now, hot new British boy shows up in town, with a dark secret, like for example when the moon is full he transforms in to a werewolf?

What do you think Teen Wolf fans? Seriously, how exciting would it be if Harry Styles joined the cast? Do you think he would be a friend or foe of Scott and Stiles? Let us know what you think in the comments below!

DO YOU HAVE ANY OTHER GREAT SPOILERS FOR MTV’S TEEN WOLF? SHARE THEM IN THE COMMENTS!