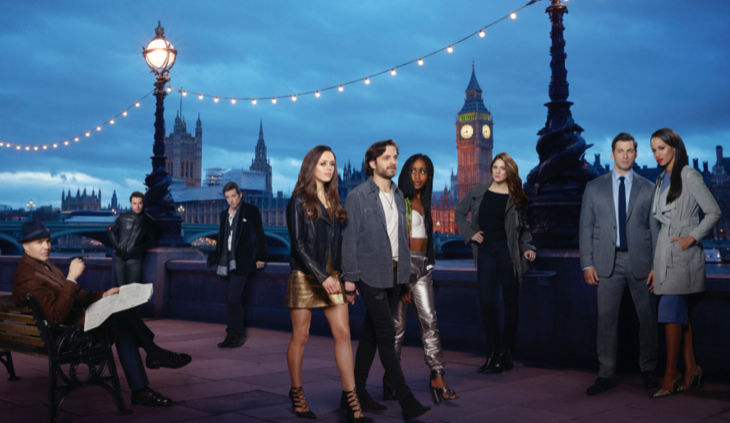 Freeform’s new TV show ‘Guilt’ is set to premiere this month on Monday, June 13.  Nothing says Summer teen TV like Freeform, formerly known as ABC Family, which boasts hits like Pretty Little Liars, Switched At Birth, and The Fosters.

‘Guilt’ was announced as a new series last year and has been heavily anticipated by Freeform viewers.  The dark mystery thriller follows the story an American student named Natalie, who moves to London to study abroad.  While Natalie is living in England, her roommate is murdered, and she is the prime suspect.  The exciting new drama will feature Natalie trying to prove her innocence, and help point the finger at the real killer.

According to ‘Guilt’ Season 1 spoilers, the new summer TV show has a pretty impressive cast.  The main character Natalie Atwood will be portrayed by actress Emily Tremaine, who you might recognize from Wolf Of Wall Street, The Blacklist, and HBO’s Vinyl.

‘Guilt’ is not the only new TV show premiering on Freeform in June 2016.  Another dark teen drama titled ‘Dead of Summer’s’ premiere date is slated later this month on June 28.  ‘Dead Of Summer’ takes place in the late 80’s at a summer camp where teen counselors are harassed by a serial killer.  Sound a bit like Friday The 13th?  It’s supposed to!  Like MTV’s successful reboot of the ‘Scream’ franchise, ‘Dead Of Summer’ tackles the classic horror movie franchise.

June is an exciting month on Freeform, with the series premieres of ‘Guilt’ and ‘Dead of Summer’ comes of course, the return of the network’s flagship, ‘Pretty Little Liars.  And, ‘PLL’ spoilers are teasing that Episode 1 of Season 7 will not be one you want to miss as the liars race to save Hanna Marin from “A!”

Will you be tuning into ‘Guilt’ or ‘Dead of Summer?’  What about PLL Season 7?  Let us know in the comments below!