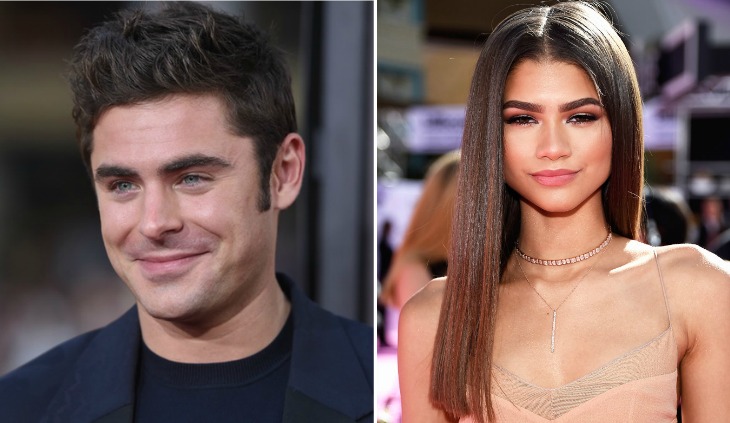 Disney Channel alum Zendaya is in talks to join an all new movie musical from FOX, about the circus!  If that isn’t exciting enough, there’s more…if contract negotiations go through, she will be playing Zac Efron’s love interest!

High School Musical fans went in to a frenzy today when Zendaya revealed on social media that she was in talks with FOX to join the cast of their movie musical, “The Greatest Showman On Earth.”  The film is about the famous showman PT Barnum, who is credited as founding the historical and iconic Ringling Bros. Traveling Circus.  Hey, any guy that came up with the idea to cram 15 clowns in a car and bring elephants to town is cool in our books.

You Might Also Like —> Is One Direction Ever Getting Back Together? Simon Cowell Dishes On 1D’s Fate!

According to a new report from Deadline, Zendaya is still in talks with FOX over a starring role in “The Greatest Showman On Earth,” and her contract has not been finalized yet.  But, so far it is looking very promising.  Zac Efron will be playing the part of PT Barnum’s right-hand man, who falls head over heels in love with a trapeze artist, the trapeze artist is the role that Zendaya is gunning for.

We’re not sure what is more exciting, the thought of Zendaya swinging from the ceiling and singing in the circus, or an on-screen romance between her and High School Musical star Zac Efron.  One thing is for sure though, we will most definitely be counting down the days until the premiere of “The Greatest Showman On Earth.”  And, even if Zendaya doesn’t wind up getting the gig – we will most definitely still be tuning in to watch Zac Efron in the circus (but we are pretty sure that our girl Zendaya won’t have any problem sealing the deal!)