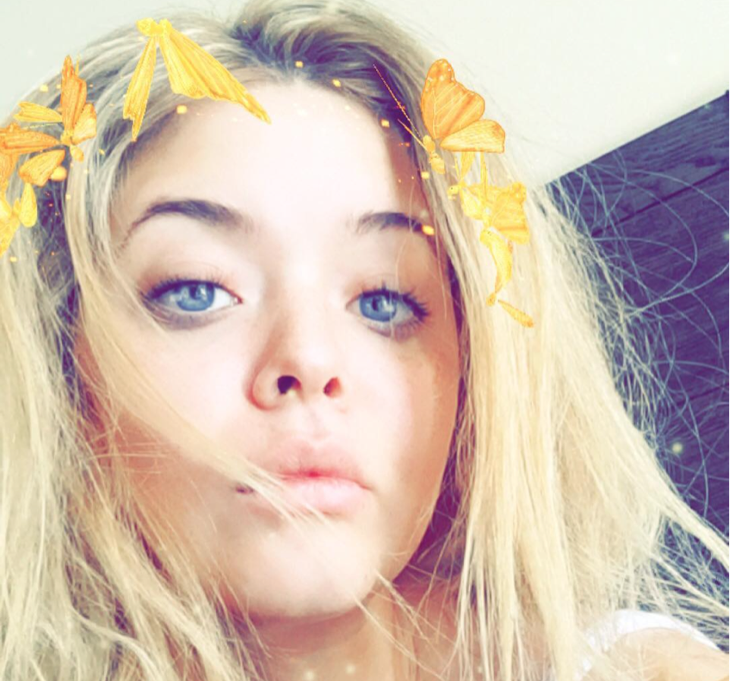 We are obsessed with Pretty Little Liars, and absolutely love Alison DiLaurentis portrayer Sasha Pieterse.  What’s not to love?  Sasha is gorgeous, kind, carries herself so well, and she has grown into a very talented actress over the years during her time on the Freeform drama Pretty Little Liars.  But, for some strange reason, it turns out that there are a few trolls on the internet that aren’t fans of Sasha Pieterse.

The internet can be a scary place, especially if you are a star of Pretty Little Liars and you have millions of followers and your every move on social media is monitored, analyzed, and broadcasted across the entire web.  While the majority or Sasha Pieterse’s followers love her as much as we do, there are a few bad apples that have been bullying the PLL star on social media.

Last year Sasha Pieterse revealed that she had a hormonal imbalance, and it was causing her weight to fluctuate, something that keen-eyed Pretty Little Liars fans noticed in episodes.  The majority of PLL fans offered their support and well wishes, but some internet bullies made fun of Sasha’s weight gains and losses and harassed her on social media about her appearance on the television show.

This month Sasha clapped back against the internet trolls and body shamers and posted a lengthy letter on Instagram about learning to love yourself.  In her lengthy letter, Sasha discussed her struggles over the years with her weight, and how hard it has been to live in the limelight and pursue an acting career.  Overall Sasha stressed the importance of learning to love yourself, and to treat others with the same kindness that you want to be treated with.  You can read the full letter below.

So PLL fans, were you as moved by Sasha’s letter to bullies as we were?  Do you agree with what she had to say?  Share your thoughts in the comments below!